Schools to Expand by $856 Million
Votes

Schools to Expand by $856 Million 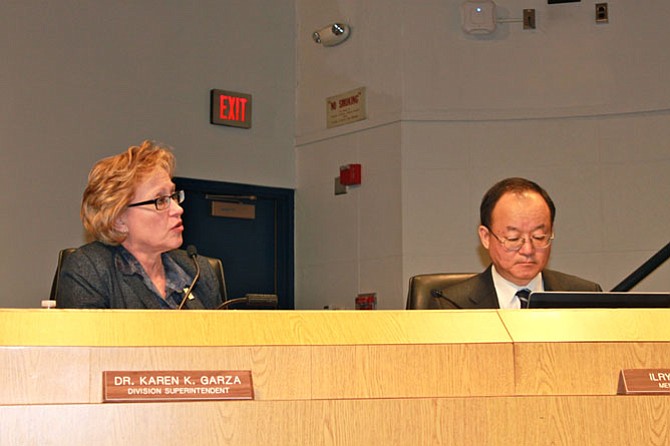 Five more school buildings and renovations for several existing ones may be approved by 2020.

The Fairfax County School Board approved the $856 million Capital Improvement Program (CIP) at the Jan. 22 meeting to set priority on the projects the school system wants done in the next five years.

During the meeting, she and several board members said the projects will have to have separate public hearings and votes. The CIP was approved unanimously.

THE PLAN calls for the addition of five elementary schools and one high school. Both South Lakes High School and Westbriar Elementary School will have additions with construction expected in 2021. Additionally, capacity enhancements at Langley, West Springfield, Herndon and Oakton high schools are proposed.

The majority of the projects in the plan are expected to be completed between 2016 and 2020. The only renovation planned in the CIP that will begin after are at North West County Elementary, Fairfax-Oakton area elementary, Silverbrook Elementary, Hughes Middle, Cooper Middle, Frost Middle, Oakton High School and Falls Church High School. Light renovations at 10 unidentified elementary schools will also begin construction after 2021.

The plan, which is reviewed annually, is preparing the school system for nearly 198,000 enrolled students projected in the next five years.

$220 million of the projects are funded through previous school bonds. Another bond referendum will take place in the fall.

The county Board of Supervisors also recently approved to provide FCPS an additional $16.1 million to offset infrastructure replacement so bigger projects can begin taking priority. Typically, the funding is limited to $155 million.

The Department of Defense is funding 80 percent of the build cost of a new elementary school on Fort Belvoir - with the rest of the balance funded by the county.

“This is a plan,” said Springfield School Board member Elizabeth Schultz. “What’s being executed now, how it will be done - that we don’t know. We do have to have some very real conversations, especially with our peers at the Board of Supervisors, because they don’t manage 2.6 million square feet. It’s something quite less than that.”

She said that during her visit to a local school that morning, she was concerned that parents were still having trouble getting into the parking lot to drop off their children six minutes after the bell had rung - a reason she said these capital improvement plans are important.

“How do you materialize visually or understanding 2.6 million square feet?” she asked. “The NASA Assembly building in Florida is one of the largest buildings that I looked up. That’s eight of them. If you’ve ever been to the Louvre, it’s four Louvre museums.”

MEMBER AT LARGE Ryan McElveen said board members are not the only one’s excited about the CIP.

“This is the first year I have ever had someone come up to me on the streets of Washington, D.C. and ask me about the CIP just randomly,” he said. “We always question as a board whether the community reads these documents, and I think it’s become quite clear this year that they do.”