Arlington: On a Mission To Improve Water Quality
Votes

Arlington: On a Mission To Improve Water Quality

Progression of stream restoration project at Donaldson Run Tributary A 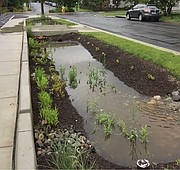 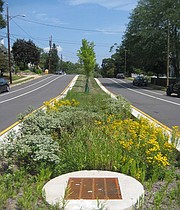 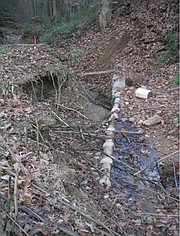 Arlington County has met its 5 percent pollutant reduction requirements in just two years and has begun work on reducing the next 35 percent as indicated under the Clean Water Act permit obligations. The county has achieved 5.2 percent nitrogen, 22.8 percent phosphorus, and 13.7 percent sediment reductions in only two years.

“Arlington is ahead of the game,” said Peggy Sanner, Virginia assistant director and senior attorney, Chesapeake Bay Foundation. “County’s work on these projects has been very constructive.”

Arlington County is on track to reach an estimated 18 percent nitrogen, 47 percent phosphorus, and 30 percent sediments reductions by the end of 2018, according to Jason Papacosma, watershed programs manager, Arlington County Department of Environmental Services.

The county has completed two stream restoration projects in the Donaldson Run watershed to meet the requirement. Windy Run Stream Restoration Project is currently in design. Planting native plants, shrubs and groundcover and managing and controlling invasive plants within construction zones and adjacent to the stream valley hillsides have been completed. Arlington has also done some green street projects and watershed retrofit projects. All redevelopment projects in Arlington covering at least 2500 square feet of land are being required to follow pollution reduction methodology.

“It is highly notable” that this is done by a county like Arlington, said Sanner. “These real achievements set standards for the rest of the state.”

Arlington County has spent about $3 million in implementing the existing projects and intends on spending approximately another $7 million by 2018 in stream restoration and watershed retrofit projects.

“Arlington County’s stormwater work, including efforts under this permit, are largely funded by citizens through a dedicated portion of county property taxes,” said Sanner. Arlington County also received $500,000 grant from the Stormwater Local Assistance Fund for a retrofit project to Ballston Pond. Sanner said, “Developers and contractors also figure into the picture, because the county is required by the MS4 permit to ensure that developers adhere to more stringent stormwater management practices for new construction.”

Arlington County had started working on its restoration projects even before the permit was given to the county. “We planned ahead,” said Papacosma. “We planned some projects before we received the plan. We knew it was coming.”

The county completed projects in 2006 and 2007 on the Donaldson Run Tributary A and Donaldson Run Headwaters. The county also constructed public and private stormwater quality management facilities between 2006 and 2009. “Arlington is taking credit for historic efforts,” said Sanner.

By the end of the current permit cycle, the county’s plans include the Four Mile Run Tidal Restoration Project and the Sparrow Pond BMP restoration.

The county also added Ultra Urban Filters in some of its municipal facilities which it says remove a significant amount of sediment.

Other than Arlington, there are 10 other large localities who have or will receive the MS4 permit in the near future. These localities are Fairfax, Prince William, Henrico, and Chesterfield counties; and the cities of Newport News, Hampton, Chesapeake, Portsmouth, Norfolk and Virginia Beach. “Arlington is the first locality in Virginia to meet its first permit requirements,” said Sanner. Regarding when the Chesapeake Bay Foundation anticipates on seeing progress made in other large localities, Sanner said, “We don’t really know because they are not yet required to submit an Action Plan”

Other localities, including Alexandria, have begun with the process of creating and submitting their action plan. Alexandria has made significant progress in meeting their first 5 percent limit, according to Sanner.

Bill Skrabak, deputy director for the city’s Department of Transportation and Environmental Services, said Alexandria has addressed the issue of water quality through improving their stormwater and sewer systems.

Papacosma added that these smaller localities, and the other 10 large localities, will potentially do projects similar to those done by Arlington County, such as redevelopment and stream restoration projects.

The Chesapeake Bay Model is expected to be updated in 2017 for reevaluating how the pollutant reduction in streams associated with the bay is affecting the water in the Chesapeake Bay. “It is hard to say which direction it will go,” said Papacosma. “There is a decent probability we have to do more.”

“Arlington is making significant progress from new projects,” said Sanner. “But there is still a lot of work to be done.”