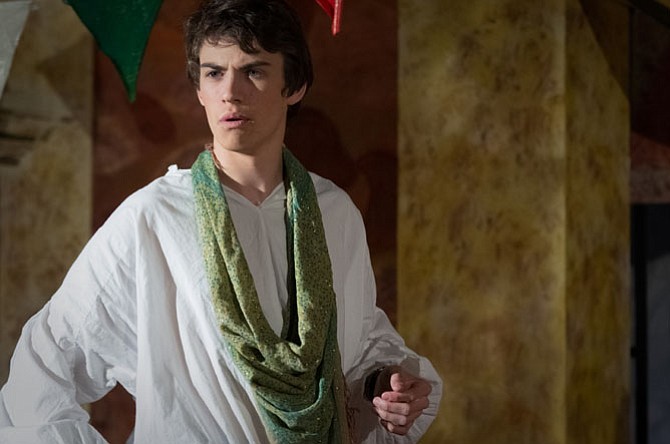 Andrew Schurr performs in “Much Ado About Nothing.” Photo by Laura Marshall 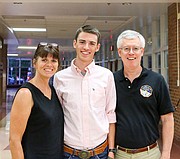 Catherine and David Schurr with their son Andrew, the 2015 MVCCT scholarship recipient.

Mount Vernon Community Children’s Theatre (MVCCT) named Andrew Schurr as its 2015 scholarship recipient. Andrew is a graduating senior at West Potomac High School and plans to attend Virginia Tech in the fall to study theatre. He performed in four productions with MVCCT including: “Sherlock Holmes and the Speckled Band,” “The Pink Panther,” “Much Ado About Nothing” and “The Beverly Hillbillies.” Additionally, while at West Potomac, Andrew was in several productions and a member of the Thespian Honor Society. MVCCT has been offering this scholarship to a graduating senior since 2007.