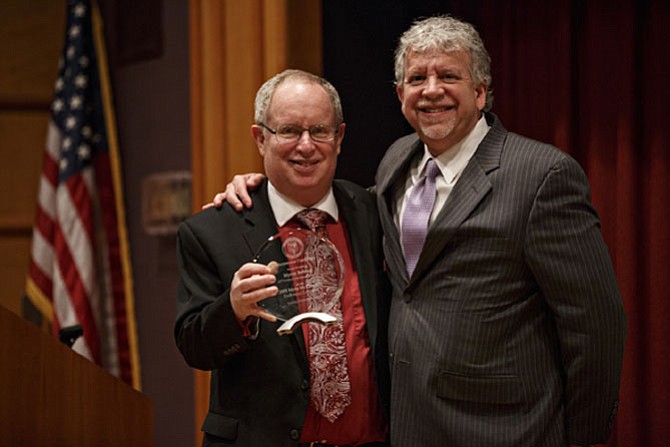 Longtime foreign correspondent Myron Belkind told an audience at Marymount University recently that immense opportunities remain in journalism. When he began his career, Belkind said the dream of many journalists was to own a newspaper, which was difficult because of the cost of a printing press.

“Now anyone can be a publisher of news, almost for the cost of a laptop or an iPhone,” he said.

In his remarks at the Marya McLaughlin Lectureship in Media Communications in Reinsch Library Auditorium, Belkind stressed that the opportunity comes with a focus on “accuracy coupled with responsibility and fairness.”

He stressed the importance of journalism. “When journalists uncover wrongdoings at whatever scale, they ensure that the world does not ignore or turn a blind eye to what is wrong,” he said.

For the past decade, Belkind has been an adjunct professor at The George Washington University in the School of Media and Public Affairs and the Graduate School of Political Management. In 2014, he served as the National Press Club president and focused on enhancing international programs.