Tips on Growing Plants from Seed 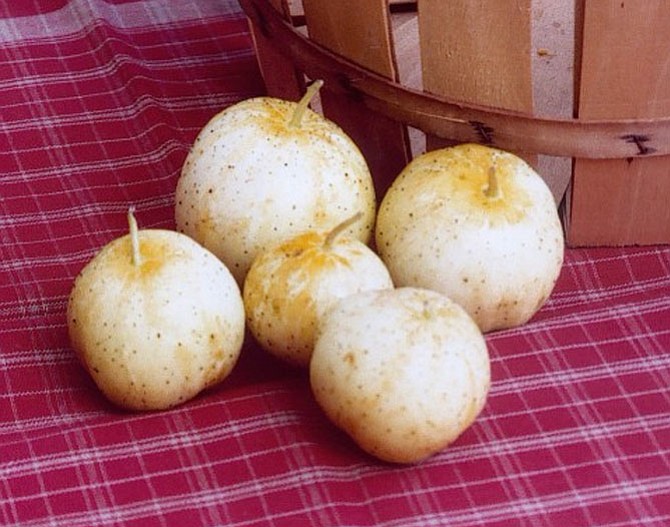 The Hoe ‘n Hope Garden Club welcomed Montgomery Country Master Gardener Gary Cahn into member Sarah Funt’s home on Tuesday, Feb. 3 to share his expertise on how to start vegetable and annual seeds indoors. While a number of the participants had been growing plants from seeds for years, all agreed that Cahn provided new twists on old themes, some time-saving and budget friendly alternatives to traditional practices and best of all, suggestions for cultivars guaranteed to impress family and friends as they are carried in from the garden.

Cahn is part of the group Master Gardeners, a volunteer education program taught and administered by University of Maryland Extension (UME) that educates residents about safe, effective and sustainable horticultural practices. Master Gardeners provides speakers, maintains demonstration gardens and has affiliates all over the county, including plant clinics at area libraries where you can bring sickly specimens for onsite diagnosis. (See list of libraries.)

Cahn began his discussion by pointing out that while growing plants from seeds may not save money, it will certainly provide opportunities for growing cultivars that aren’t readily available at local nurseries. “It’s easy, fun and provides psychic gratification,” he said, adding, “It’s like raising your children. I get very attached to my little seedlings.”

He noted that it takes only a small number of materials to get started, all of which can be purchased from local nurseries, hardware stores or big box stores such as Home Depot. These materials include seeds, light fixtures and bulbs, growing medium and containers. 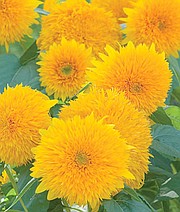 Making a list of the seeds that you want to grow is the first important step, according to Cahn. After that, it’s a matter of choosing seeds that offer special qualities such as improved flavor, unusual color or shape and good resistance to disease. In addition to local nurseries, there are good online sites that offer thousands of options to choose from. (See list below.) Cahn noted that while some seeds are easy to start, like peppers, tomatoes, lettuce, eggplants and zinnias, others are more difficult, such as impatiens, parsley and coleus. He stressed that it was important to know one’s skill set before embarking on the project.

Once the seeds are selected, lighting is the most important issue, according to Cahn. And, lighting is all about fluorescent bulbs. Regular, incandescent lights won’t work because they produce the wrong type of spectrum, while placing seeds by a window provides insufficient light.

Cahn explained that though sunlight may seem like a natural, it results in weak seedlings. Early spring sunlight is neither strong nor long enough and will produce only spindly plants. “They will fall over and have faulty stems,” he said.

The best fluorescent bulbs are those used in standard fixtures: 30W, 45W at a minimum. Lesser wattages won’t work as well. You can also use shop lights of two, three or four feet long. According to Cahn, grow lights are fine, but they are expensive and not necessary. “You can invest in expensive lighting fixtures, sure, but you can also take the more economical route of simply screwing a bulb into a gooseneck lamp or hanging bulbs from ceilings or shelves,” he added.

While there are currently many types of growing mediums on the market, Cahn prefers the soilless mix because it’s lighter and more efficient for growing tender seedlings. He prefers it even to potting soil, which he said works, but results in lower germination. Good soilless mixes include vermiculite, which comes from volcanic rock and is very porous, allowing the tiny seedlings to stretch and grow. “Since your seeds need to punch through it, the lighter mix is better,” he said.

Of course, seeds can be started in garden soil (and many are, such as lettuce), but according to Cahn, soil has a 1 percent germination rate compared to 85 percent for a soilless mix. “You can start seeds in garden soil, but you don’t want to,” he said. “It is too dense and filled with bacteria and fungus, which can kill your seedlings.”

Almost any container will work for growing seedlings. Cahn recommended the common 4-8 cell pack plastic trays, flats (like those provided in nurseries), egg cartons, and even DIY newspaper cones. “The important thing is to make sure you punch a hole in the bottom of the containers so the seeds can drain,” he said.

“Before you plant,” Cahn added, “It is important to read the seed packet for depth requirements, as many seeds need to be placed on top of the soil.” It’s equally important to read the information about when to transplant the seedlings (indoors) and when to replant them outside. While most seeds germinate in darkness, they all have different specifications. It usually takes 3 to 21 days for most to germinate, with optimal temperatures fluctuating between 70 degrees Fahrenheit during the day and 60s at night.

Cahn stressed that it was important to check the seedlings daily as they grew and that as soon as they germinated, it was imperative to get them out of the darkness and into the light. He warned, “If they germinate unchecked in darkness, they grow abnormally quickly to reach for the sunlight and you end up with spindly plants.”

Once seedlings emerge, they need to be placed under light for up to 16 hours a day. Lights should be placed 1-2 inches from the top of the leaves. You can water the seedlings from the bottom or mist them with a spray mister. Cahn does not advise top watering because it can knock tender seedlings over.

Adjusting the seedlings as they grow (to maintain the 1-2 inch distance from the light), Cahn usually transplants them three to four weeks later to a bigger packet after roots have developed fully. He uses either fish emulsion (though he pointed out it stinks), or MiracleGro (diluted to one-quarter to one-half strength), noting that some soilless mixes come with fertilizer already in them.

The last stage in seedling care before the all-important task of transplanting them outdoors is to adjust the new plants gradually to light. According to Cahn, this is done by increments, as plants can’t go from indoors directly to harsh sunlight, which will kill them. He starts this process 10-14 days in advance by exposing the seedlings to sunlight for one hour/day, gradually increasing exposure over a week.

Cahn said the ideal time for transplanting seedlings is a cloudy day. He advised watering the tender plants well before transplanting. Most plants should be planted at the same level they were growing at before being transplanted, with the exception of tomatoes, which can be planted very deep in the soil. Cahn, in fact, rips all but the top 2 or 3 leaves off of his young tomato plants and buries the stalk in soil. He discovered that doing this forces the tomatoes to send out roots along the entire stem, making for a more fruitful harvest.

For more information on planting seedlings or general questions on plants, call the hotline at 301 590-9650 Tuesday and Thursday 10am – 1pm. Or go to the website at http://www.extension.umd.edu/mg/locations/montgomerey-county-master-gardeners