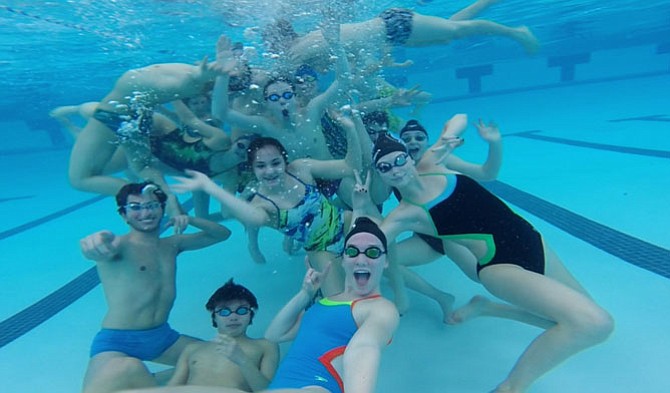 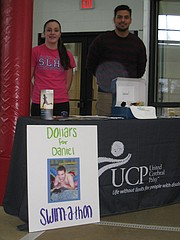 Katie Grealish, a sophomore at South Lakes High School wanted to do something that raised awareness for Cerebral Palsy for her Middle Year’s Program (MYP).

“My cousin Daniel is afflicted with the condition. Many people think it is a disease, however it is actually a condition typically caused by damage to the brain before or at birth. It is a lifelong condition, and is one of the most common congenital disorders of childhood. My cousin Daniel, 13, has never been able to speak or use his legs. However he is most happy when he gets into the pool or water where he finally feels free. Since I am a year-round swimmer with the Potomac Marlins Swim Club, I decided to organize a swim-a-thon called 'Dollars for Daniel' to raise money for the United Cerebral Palsy (UCP) Foundation in honor of my cousin and his life-long struggle with this condition. Over 30 swimmers from both the Potomac Marlins and South Lakes participated last Saturday at the Central Park Drive Aquatic Center in Manassas (which was generous enough to donate the pool for this event). The outcome was amazing! Even though everyone was busy with sporting events, school work, etc., people came out to show their support and learn about this condition. We collectively raised over $3,000 which was $2,000 over my initial goal. The UCP Foundation even sent a representative from Washington, D.C. to participate in the event and hand out information to educate people about Cerebral Palsy,” - said Grealish in a letter to The Connection.