Alexandria: Developing in the City
Votes

Alexandria: Developing in the City 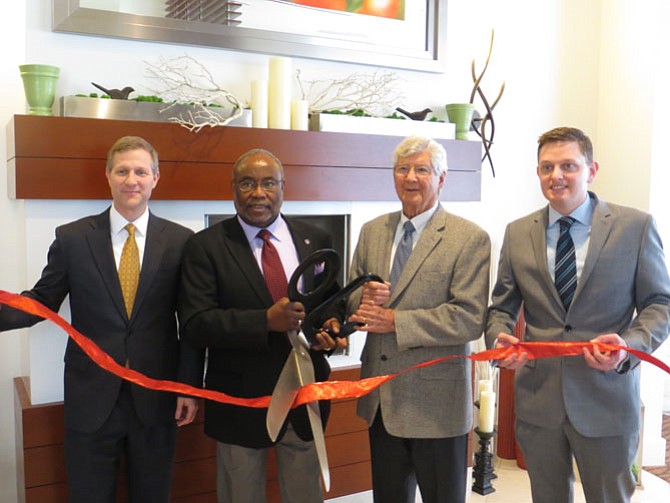 While developments at one Carr hotel property in Alexandria remains stalled due to an impending decision by Virginia’s Supreme Court, another Carr property opened across town.

On Feb. 26, the Virginia Supreme Court heard oral arguments in an appeal by three Alexandria residents, April Burke, Beth Gibney, and Marie Kux, that challenge the denial of an appeal to Alexandria’s Board of Zoning Appeals. The original appeal by the three residents concerned a zoning change that would increase building height limits on the waterfront and allow for the construction of a series of hotels.

Roy Shannon, an attorney representing the three residents, argued that local citizens were stonewalled out of the appeal process. According to Shannon, when the Board of Zoning Appeals didn’t grant the citizens a hearing on a substantive issue, it violated a right given to the citizens of Alexandria by the Virginia General Assembly. Shannon also alleged that a misinterpretation of the appeal, treating it as a text amendment rather than a map amendment, kept the appeal from receiving the supermajority vote and notice requirements it was required to receive. If the appeal had been processed as a map amendment, it would have received additional advertising in Old Town, which in turn could have garnered support for the issue from the local community.

But John Wilburn, an attorney representing the City of Alexandria, the Board of Zoning Appeals, and Faroll Hamer, former director of Planning and Zoning, said that the appellants lacked justifiable grievance. In terms of advertising the appeal, Wilburn acknowledged that while there could have been a theoretical aggrieved party, “the court has maintained that grievances can’t be based on a speculative or theoretical basis.” Wilburn argued that the three residents were clearly informed of the appeal, meaning none of them were directly aggrieved, so any grievance filed is on behalf of a theoretical third party.

“There’s error on this issue,” said Wilburn, “but it’s a harmless error. These appellants have suffered no injury of any type.”

Austin Flajser, president of Carr Hospitality, confirmed at a March 17 meeting of the Ad Hoc monitoring Group for Waterfront Construction that the development of Carr Hospitality’s Hotel Indigo on the waterfront was ready to proceed depending on the results of the challenge in the Virginia Supreme Court. The decision is expected to be released sometime in the spring or early summer.

While Hotel Indigo’s development is stalled, the Hilton Garden Inn, owned by Carr Hospitality, held its grand opening at 1620 Prince Street on Monday, March 16. The 87,855 square-foot property operates 109 rooms. The site once housed the Alexandria Floral Company, which closed in 2006. The opening ceremony for the hotel was attended by Mayor William Euille, who also took a moment to reflect on the property’s history.

“This is going to help enhance the quality of life here in Alexandria,” said Euille. “I remember when this corner was a florist. The interior decorations of this building keep that floral theme moving forward.”

While Euille admitted that he didn’t know if that was by accident or design, Oliver Carr, president and CEO of Carr Properties, answered that “nothing is an accident.”

“We love Alexandria,” said Carr, “and we’re not going anywhere.”