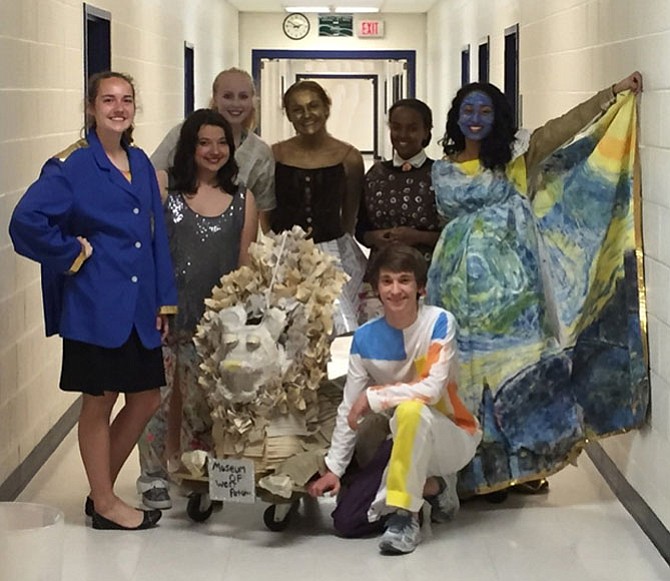 A West Potomac High School Odyssey of the Mind team has once again earned a spot to compete at the World Competition on May 20 - 23 at Michigan State University.

This Division III team is coached by Lisa Finn and Karen Corbett Sanders. Both coaches and four members of the team competed at the world level in 2012 with WPHS and Carl Sandburg Middle School teams.

The team also has been selected to host an international buddy team while at the competition.

Community members who wish to support the team can send donations for travel expenses to Odyssey of the Mind Team, WPHS, 6500 Quander Rd, Alexandria, VA 22307.

Odyssey of the Mind is an international educational program that provides creative problem-solving opportunities for students from kindergarten through college.

Team members apply their creativity to solve problems that range from building mechanical devices to presenting their own interpretation of literary classics. They then bring their solutions to competition on the local, state, and world level. Thousands of teams from throughout the U.S. and from about 25 other countries participate in the program.