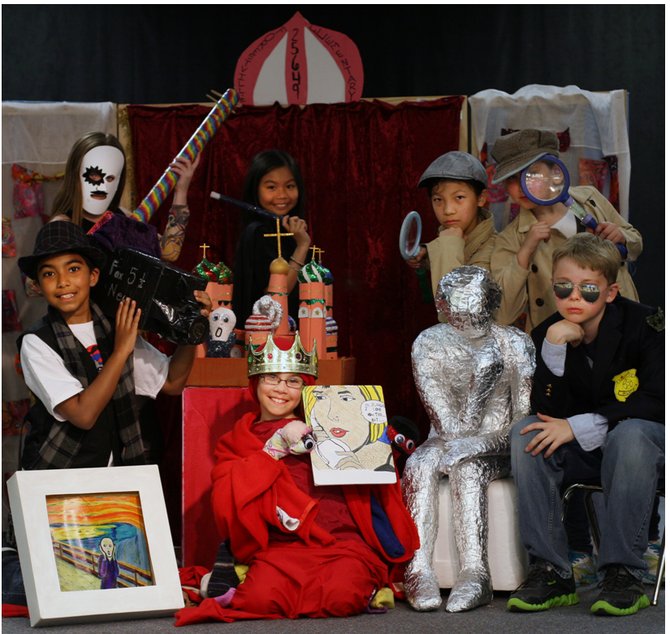 Forestville Elementary School’s Odyssey of the Mind team will compete at the world level for the second year in a row. Last week, at the Virginia state Odyssey competition held in Aldie, Va., the Forestville Division 1 team co-coached by Jeff LeLoup and Alex Newman won second place in their category, qualifying them to move to the 2013 World Finals competition being held May 23-25 at Michigan State University.

The team’s seven members are all fourth and fifth grade students at Forestville. They include Sarina Bell, Cassie Dallas, Caroline Keys, Aditya Khera, Sydney Pham, Jenna Waters and Jake West. The category they competed in was ARTchitecture: the Musical. In 2012, the LeLoup/Newman Division 1 team competed at the world finals and earned the Ranatra Fusca Award for exceptional creativity.

Odyssey of the Mind is an international educational program that provides creative problem-solving opportunities for students from kindergarten through college. Team members apply their creativity to solve problems that range from building mechanical devices to presenting their own interpretation of literary classics. They then bring their solutions to competition on the local, state and world level. Thousands of teams from throughout the United States and from about 25 other countries participate in the program.