The Fight for the 45th
Votes

The Fight for the 45th

As with most candidates in a primary, the Democrats campaigning to replace Robert Krupicka as delegate for Virginia’s 45th District which includes parts of Alexandria, Arlington and Mount Vernon, don’t vary greatly in their positions on political issues. Where these candidates do vary is their experience and priorities.

Krupicka won the seat in a 2012 special election after Del. David Elgin’s resignation. In the 2015 legislative session, Krupicka proposed 21 bills, seven of which passed. In March, Krupicka announced that he would be retiring to focus on operating Sugar Shack, a branch of a Richmond-based doughnut company that Krupicka opened in January.

There are five candidates running for the Democratic nomination: Larry Altenburg, Craig Fifer, Julie Jakopic, Mark Levine, and Clarence Tong. Many of the Democratic candidates cited education, pre-kindergarten education in particular, as one of their primary campaign goals. Each of the candidates also acknowledged that it will impossible to pass legislation, as a minority party, without cooperating with their Republican counterparts. Many candidates had different notions on how to accomplish this. 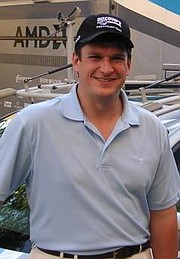 Altenburg’s primary focus is on educational reform. Altenburg with two children, ages 6 and 9, said he’s frustrated by how test-driven Alexandria schools are.

Altenburg said his older daughter is starting to take tests in school and from what he’s seen, he’s disappointed by how much time in the classroom in spent on teaching for those tests. Altenburg also expressed frustration that partisan differences in Richmond have held back educational reform.

“I appreciate and applaud [Krupicka’s] efforts fighting for Democratic values,” said Altenburg, “but we need to find areas of common ground to move forward.”

Altenburg has served as a member on the Alexandria Board of Zoning Appeals and was previously president of the Del Ray Citizens’ Association. Altenburg currently serves as vice president of Rapiscan Systems, a security systems company, and is the CEO and managing general partner at Cyclic Professional Services LLC, a small, Alexandria-based management consulting business. Altenburg cites his experience as a parent and as a local business leader as his greatest strength.

“I’ve been involved at the grassroots level,” said Altenburg. “I’ve rolled my sleeves up and I’ve solving problems locally. Krupicka is a good friend of mine, and seeing that he was stepping away, a number of folks told me they need a parent down there [in Richmond] and someone who knows the community.”

Fifer’s campaign priority, which he calls “dignity and opportunity,” emphasizes giving children a safe start with access to pre-kindergarten education. Fifer said this experience is, in part, informed by his work as a court appointed special advocate (CASA). Fifer said he worked with children facing abuse or neglect, and convinced him of the necessity of school-based pre-k activities and the long- term benefits of pre-k education.

Fifer shares Altenburg and other Democrats’ desire for education reform, but said that legislation is about more than passion.

“In a primary, there’s not a lot of differences in the issues, it’s the experience,” said Fifer. “I’ve been involved for 20 years. I understand the needs and the legislative process, which is going to be important for a delegate in a minority who’s going to have to work with people from different [political groups].”

Fifer also serves as the president of the Virginia Coalition for Open Government. Fifer said government transparency is a strong area of experience for Fifer and a key piece of his campaign. Despite recent ethics reforms in the Virginia legislature, Fifer said there’s still a long road towards limiting the influence of money in state politics. In particular, Fifer said he’s disturbed by the 76 percent of bills killed in the house without the votes recorded.

“You should expect the General Assembly to say how they voted,” said Fifer.

While Fifer said he’d push for private and public mental and medical help for uninsured Virginians, he acknowledged that Medicaid expansion remains a pipe-dream for Democrats.

“Republicans reject Medicaid expansion as Democratic,” said Fifer. “It’s unlikely without a Democratic majority, and anyone who says this is their top priority isn’t being realistic.” 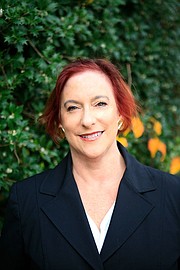 Jakopic’s campaign centers around affordable housing, the area where Jakopic believes she shows a clear leadership advantage. Jakopic served as chair of the Alexandria Economic opportunity Commission between 2008 and 2010 and served as chair of the Alexandria Community Services Board between 1997 and 2001. Jakopic also said that her work with the Department of Health and Services, both at a national level and in over 40 states streamlining services, has taught her that decisions on these issues aren’t made in Washington D.C. anymore.

Jakopic was endorsed by Krupicka, whose state and city council campaigns she’s worked on since 2003. Krupicka was a member of the Community Services Board, an organization Jakopic served as vice chair and later chair.

“You can pull together extremes, the trick is to find common ground where we can all agree,” said Jakopic. “You discover that no one has horns and a tail.”

Jakopic said the secret to accomplishing affordable housing objectives with hostile neighbors was to turn them into partners in the process.

Like the other Democrats, Jakopic said healthcare reform is important, but says she is primarily focusing on reforming mental health reform. The need for changes to mental healthcare has personal connections for Jakopic, whose father committed suicide when she was 14. Jakopic encouraged conversations to be had about changing regulatory measures, changes Jakopic said can occur without substantial funding changes: specifically regarding availability of beds in medical facilities.

If elected as a delegate, Jakopic said she would attempt to break the power of Dominion Power as well as predatory lenders over Virginia citizens. Jakopic said that she would campaign to increase transparency regarding Dominion’s rate setting process.

“I don’t think I can walk in and get this all done on day one,” said Jakopic. “I think we’re as different a primary as I’ve ever seen. We each have areas of expertise. I’ve spent my whole career working on [affordable housing and legislation]. If you asked my about wildlife preservation, I’d have no idea, but these are things I’ve been working on for years and I have the brick and mortar to show for it.” 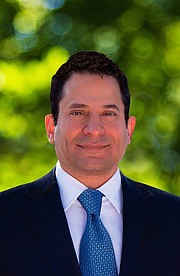 Levine’s campaign focus is on environmental issues. In particular, Levine’s chief ambition would be to see legislation that would begin cleaning the Potomac River.

“My dream is to swim in the Potomac one day,” said Levine. “In 10 years, it’s possible. We can start with little things, like preventing raw sewage from being dumped into the river or state compacts with Pennsylvania, who pollutes the river more than Virginia, Maryland, or D.C. This is a big goal, but big goals are just small goals magnified.”

Levine said he would also propose legislation that would allow people with solar panels in their yard to sell the excess energy back to Virginia Dominion Power.

“[Virginia] Dominion Power doesn’t allow this, but it saves energy,” said Levine. Despite 2015 legislation that deregulated Virginia Dominion Power, like the bill that allows the company to bypass financial review, Levine says the passage of similar solar energy legislation in “red states” like Georgia and Arkansas gives him hope for Virginia.

Regarding Alexandria’s overburdened and outdated sewage system, Levine wants to offer tax incentives for homeowners who collect and utilize their own rainwater to avoid runoff into the Potomac.

Levine says he’s aware that passing environmental legislation can be difficult in a Republican-controlled legislature, but insisted that it’s mostly a matter of making the right compromises and alliances.

“The Tea Party is the bane of the Progressive’s existence on issues like Medicaid and minimum wage, but there are certain Green-Tea alliances that can help pass environmental legislation,” said Levine. Levine said that coalitions with conservatives are about understanding the different priorities, namely a focus on liberty and financial responsibility, two areas he believes his solar panel legislation would be feasible. “And sometimes the best you can do with that is just stopping bad laws, like [ones that allow] fracking. I know how to build a coalition to get people riled up. Do I think we’re going to pass a law banning fracking? No. But can we stop a fracking proposal? Maybe. It’s about knowing how to work it and who to talk to. People are reasonable once you get past the rhetoric and policy.”

Levine describes himself as policy geek who genuinely enjoys reading and analyzing legislation.

“I know how to craft, read, and negotiate laws,” said Levine. “I know how to make the right kind of compromises, I’ve done it for 20 years working inside the system, outside the system, and around the system. Other candidates would be fine legislators and they’re nice people, but they don’t have the experience I have. If you’re going to hire a surgeon, there could be five really nice people, but if only one of them has done operation before, I’d rather have that surgeon.”

Levine is a Constitutional lawyer and journalist. While Levine had worked on domestic abuse and gay-rights bills as an advocate, most of Levine’s policy experience comes from his time in 2001 to 2003 as chief legislative counsel to Barney Frank, a congressman from Massachusetts. During his time with Frank, Levine saw the Democratic congressman work with Republican U.S. Rep. Ron Paul to work on a bill legalizing marijuana. Levine said that seeing two politicians so politically opposite working on a common cause was a large part of his influence to run for office. 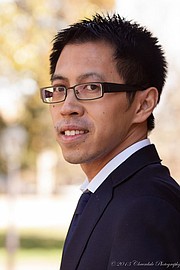 Like Levine, Tong’s primary campaign focus is on environmental issues. As delegate, Tong said he hopes to bring more clean energy jobs to benefit the local environment and the economy.

On a local level, Tong has served as a board member of the North Old Town Independent Citizen’s Association, and says he’s particularly proud of his efforts with the organization to clean the site of the former GenOne power plant in Old Town.

Tong’s political experience is primarily tied to environmental legislation. In 2010-2011, Tong worked as a congressional liaison to the U.S. Department of Energy and between April 2012 and October 2014 served as the senior advisor and legislative affairs specialist for the U.S. Department of Energy. Tong said this legislative experience at a national level has given him experience with working on environmental issues while Democrats are a minority.

“Just because we’re in the minority doesn’t mean we can’t move forward,” said Tong. “We have to find common ground where we can, but overall, we also have to bring up the environmental impact [of legislation]. I’m under no illusions here. We need more Democratic seats [in Virginia legislature] and I would be fully prepared to work with the Democratic caucus chair to make sure that happens. With 32 Democrats [in the House of Delegates], we won’t be able to move bills forward.”

Tong cited his experience as former chair of the Alexandria Democratic Committee from January of 2014, where the committee donated and helped campaign for Democratic candidates in neighboring districts. Some, like 34th District House of Delegates candidate Kathleen Murphy in Fairfax, were successful. Others, like the campaign to unseat independent John Vihstadt from the Arlington County Board, were not.

“You win some, you lose some,” said Tong, “but as a Democratic chairman in a Democrat rich area, it’s important that we were able to reach out and help. We have the numbers in Alexandria, and the Arlington Democrats reached out and asked for our assistance.”

The Democratic nominee for the 45th District seat will be determined in the June 9 primary.

UPDATED: This story has been updated.