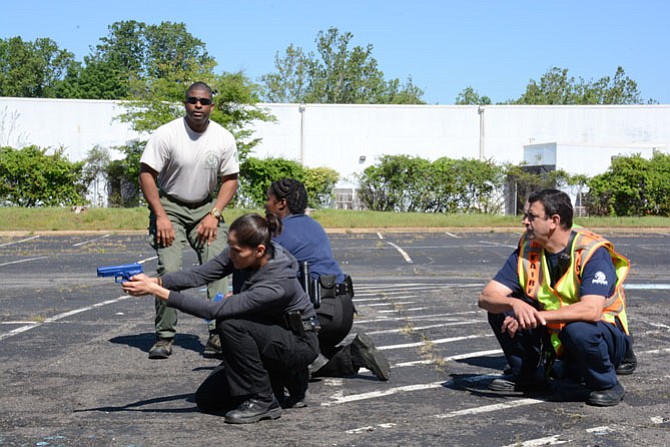 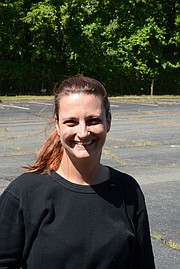 Generally, if 2nd Lt. Karen Maslona was handling a live crime scene, a “warm zone” with a potentially active shooter, medical personnel wouldn’t be allowed in the area until the situation is completely neutralized.

But for victims on the scene who are injured, delaying medical attention could be deadly. Police and fire departments in Fairfax County are “trained for two separate things,” said Maslona, representing the West Springfield District station. “It’s a little different mindset, but we need the Fire Department on our side.”

The two departments are beginning to follow a national trend in rescue tactics: A few weeks ago they started joint training sessions to prepare for scenarios when they would need to be working side by side.

“Just in case something huge happens,” said Fairfax County Police spokesperson Lucy Caldwell, like a terrorist attack at a public event. Other practice scenarios include police responding to a medical technician who was shot while administering aid, and police bringing in fire personnel shortly after responding to an office complex shooting with multiple victims inside.

This new tactical approach is “more an evolution of the active shooter program” police are already trained in, according to specialized training coordinator 2nd Lt. Brian Ruck.

But this version has the two departments “working in tandem really for the first time,” he said. “The goal is to save lives, not two individual agencies trying to accomplish a goal.”

Over the course of seven weeks, 100 percent of all sworn Fairfax County Police officers and 85 to 90 percent of the Fire Department, around 2,000 people, will go through the training. Each session lasts four hours and includes four different scenarios with about 30 trainees. 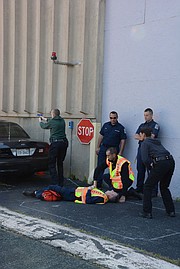 In another scenario, a technician was shot unexpectedly while responding to a medical call. Police personnel were called to the scene to protect and assist with removing the injured rescuer.

The training is taking place at the former headquarters for Washington Gas on Industrial Road in Springfield. The company still owns the property and allows the two departments to take advantage of the variety of spaces inside and out.

“It’s the perfect location,” Ruck said, “with unlit hallways, rooms of various sizes, a little bit of everything.”

One of the challenges, according to Lt. Scott Taylor, a training coordinator from the Fire Department, is bridging the different operation cultures.

“Firefighters work in an overwhelming team environment -- a paramilitary structure -- where police is strictly you and your partner,” he said. “But what is the priority? It’s no different.”

Maslona thought the two departments “blended well” during her session. “Communication is the key with it,” she said.

Taylor has also been pleased with the outcomes. “The only negative response is it should’ve been eight hours instead of four,” he said, “that we need to be doing this more.”

Another challenge, Taylor and Ruck said, is the difficulty of aligning the various schedules of men and women from two different departments while continuing to maintain proper staffing for responding to crimes, fires and medical emergencies.

Still, with the positive responses, they anticipate the trainings to become more regular, taking place every six months, or eventually quarterly.