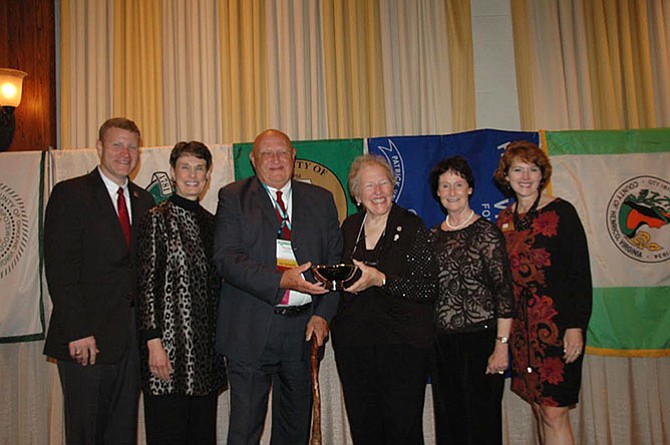 Hyland was the sixth Fairfax County supervisor to serve as VACo President when he was elected in 2002. The former 30-year Air Force veteran contributed his time and talent to multiple VACo committees as well as assisting and partnering with supervisors from across the state.

“I have served on the VACo Board of Directors for the past 19 years,” said Past President and fellow Fairfax County Supervisor Penny Gross. No former VACo board member has more ‘street cred’ in VACo and NACo than Gerry Hyland. During his many terms in office, Gerry has built bridges to elected officials in other counties and other states, which helped put VACo on the national map.”

Hyland is a member of the NACo board of directors through his VACo appointment. He has served on numerous NACo committees and task forces, including the Finance Committee and the Programs and Services Committee.