While Republicans and Democrats disagree on virtually everything, gun control still stands out above the rest as one of the more divisive issues. But in Arlington’s 31st Senate District, it’s one of the few issues that has found support from both the Democratic and Republican candidates.

Alongside education and preventing sexual assaults on campuses, state Sen. Barbara Favola (D-31) has made gun control a key platform in her campaign. 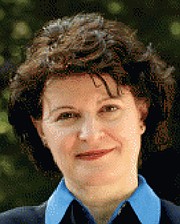 “I think that gun violence has reached unacceptable levels,” said Favola. “I have put in bills to take firearms away from folks who have demonstrated violent behavior.”

In December of 2014, Gov. Terry McAuliffe visited Arlington and expressed plans for stricter gun laws in Virginia, including a slate of bills to close the “gun-show loophole” and reinstating the one-gun per month limit on purchases. Favola was among the legislature’s most vocal advocates of tighter gun control.

“Last session, I put in a bill to take guns away from folks who had been convicted of sexual assault,” said Favola. “[We] have been working very hard to curb domestic violence… 80 percent of Virginians agree with my stance. My bills had widespread support among law enforcement and women’s advocacy groups. The only people who voted against it were tea party Republicans.”

Favola submitted Senate bill 943, which prohibited a person who has been convicted of stalking, assault and battery of a family or household member, or sexual battery from possessing a firearm. The bill, along with the rest of the proposed gun control legislation, never left the Courts of Justice subcommittee. In the 2015 legislative session, rather than enhancing gun control measures, bills were passed that loosened restrictions on gun owners. One of the bills exempted concealed carry permit holders from local regulations that prohibited carrying or transporting loaded shotguns or rifles. While Favola claims that the majority of Virginians support her gun control legislation, Republicans still maintain control of the state legislature. 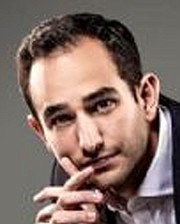 In the November election, Favola faces competition from Republican George Forakis. Forakis describes himself as an avid outdoorsman, a firearms enthusiast, and a hunter. Forakis said that while he doesn’t want to impose unnecessary limitations on the right to bear arms, he would support legislation that required background checks for all firearms sales, including those conducted by private parties and at gun shows.

“I think what it boils down to is a fairly simple question,” said Forakis in an email, “Do we want criminals and the mentally ill to be able to purchase firearms? If the answer to this question is no, and I really do think this is the bipartisan opinion, then why would we do background checks for some purchases and not others?”

Forakis explained that many from the right in his party are concerned that even common-sense gun control measures could open the way for broader and more restrictive measures. But as someone who is a responsible gun owner, Forakis doesn’t think extensive background checks are a problem.

Regarding Senate bill 943, however, Forakis is less supportive.

“I think we need to take extraordinary care in considering groups on which to impose restrictions,” said Forakis. “Most will agree that violent felons should not be able to purchase/own firearms, but where do we draw the line? Sometimes, perspective into the individual situation may be more valuable than simply drawing a line and trying to stay on one side.”

But in many ways, Forakis’ position on gun control echoes Favola’s work in Richmond. Favola noted closing the private-transaction loophole in gun control as one of her legislative ambitions.

“I’m looking to reach a balance where I don’t think we have a balance now,” said Favola. “The [National Rifle Association] position of not accepting any gun safety laws has made it way too easy for the wrong people to get guns. When that happens, innocent people suffer. This isn’t about blocking second amendment rights, it’s about making sure people who have firearms are able to act responsibly.”

But according to Favola, legislative change won’t happen until Republican politicians take a hit in elections for their positions against gun control.

“My view is that lawmakers have to lose elections over this,” said Favola. “That’s really the only way to affect change over this: when voters make this an electoral issue. When voters say ‘I want you to come more towards the center and consider public safety, and if you don’t, I won’t vote for you.’”

The issue remains divisive in Arlington and across Virginia. Over the weekend, Rock Spring Congregational United Church of Christ displayed 155 t-shirts in their front lawn, commemorating the 155 lives lost to gun violence in 2014 in the D.C. metropolitan area. But the effectiveness of gun control measures remains uncertain. Dr. Joyce Malcolm, a professor of Constitutional Law and the Second Amendment at George Mason University in Arlington, said Virginia’s gun control laws are closer to the center in the national spectrum that most people think.

“The states have moved more towards deterrence from violence, and Virginia is in the mainstream with that,” said Malcolm. “There are only a handful of states that are very restrictive and a lot of the areas with very strict laws have terrible gun violence.”

Malcolm noted that many areas that passed strict gun control laws after the Sandy Hook massacre, like New York and Connecticut, have since pulled back from some of those measures.

“Gun control laws aren’t really the answer,” said Malcolm. “Basic background checks are a good idea, but people who misuse a gun aren’t likely to go into a deal that involves one.”

In preventing massacres like the recent one at Umpqua Community College in Oregon or the Virginia Tech shooting in 2007, Malcolm said mental health is really the key issue. In Virginia, mental health took a spotlight after former Gubernatorial candidate Creigh Deeds was stabbed by his son in 2013 after he was released from a hospital without mental treatment because of a lack of hospital beds. Since then, however, Malcolm says very little has changed. More than gun control legislation, Malcolm believes this is the key to stopping shootings.

“In cases like the Navy Yard, these [shooters] are actually asking to be helped,” said Malcolm. “All stricter gun laws do is restrict people who use them legally.”