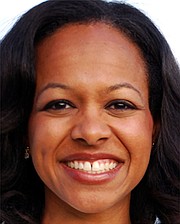 Education including degrees and institutions: Bachelor of Arts in Foreign Affairs and Philosophy from the University of Virginia; Juris Doctor from the Regent University School of Law

I have been a public servant through community service and youth mentorship for many years. I was asked to run for office multiple times and decided that now I felt I could make an impact. I have a genuine interest in people and I care about our community. The best way to make a positive impact is to become an engaged citizen and run for public office. I would strive to create a close bond between Council and residents all across the City to restore their faith in government.

What distinguishes you from your opponents and why should voters choose you?

Voters should choose me because I am one of the few candidates that say “I am looking forward to reaching across the aisle and working with the opposing party.” We must move this City forward together and I’ll do just that through strong leadership.

Children are the future of Alexandria. That’s why I support providing all of the funds necessary for them to have the resources they need to learn. Beyond that funding, I would use the Maury School Initiative as an example of how to solve facility and capacity problems that schools encounter. The public-private model that was spearheaded by concerned parents and educators should serve as an example across the nation of how civic engagement can be successful. I would work with individual PTAs, form the important relationships necessary, and watch neighborhoods thrive with stronger schools.

Government is toxic when the representatives think they know best. I am imperfect and do not know the answer to every question. However, the key to a strong community, and something that I believe is lacking is respect and civility. Too many op-eds complain about the current Council’s superiority complex.

As your Councilwoman, if we disagreed on something, I’d love to sit down with you and discuss why you feel a certain way and where we can agree. The only way citizens are to remain engaged is if their government remains responsive.

The most important part about re-ordering budget priorities is preserving the high- quality of life Alexandria residents enjoy. Budgetary cuts should not adversely affect any population in the City. That’s why I would pursue cuts to the following: non-essential City personnel functions such as travel restrictions, conferences, and departmental discretionary spending; reducing redundancy through shared services like auxiliary services and facilities (a recommendation from BFAAC); and by paying our debt service we will pay less in interest every year our Council refuses to solve tough problems.

I would put the $1 million towards the Housing Affordability Trust Fund. Through market rate increases and council inaction, over 12,000 affordable units have been lost in the past 10 years. I’ve said I will bring real soluti