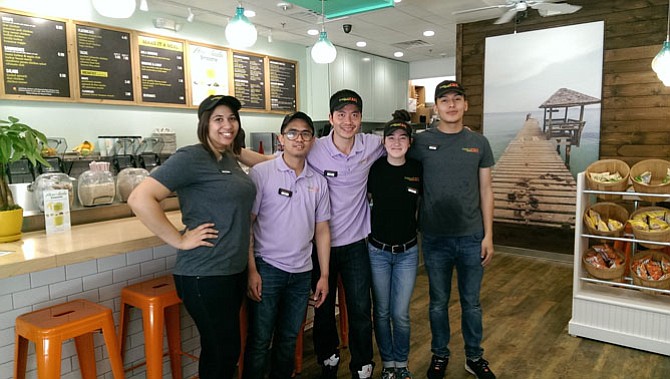 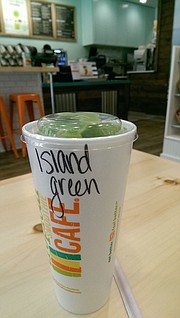 “Island Green” is one of Tropical Fruit Smoothie Café’s most popular smoothies.

McLean resident Trung Tang has worked in food service since starting as a busboy for East Wind in Alexandria at age 14. The 1996 Mount Vernon High School graduate made a career out of serving in and managing restaurants.

After leaving the Pinkberry frozen dessert franchise, Tang decided to have a go at the business himself and took on a Tropical Fruit Smoothie Café franchise.

Tang opened his cafe on Avenir Place in Dunn Loring in mid-March, bringing with him an established management structure that includes a kitchen manager he’s worked with for 13 years. The location joins other area franchises of the same chain operating in Oakton and Seven Corners.

Smoothie options include 25 predetermined recipes such as the popular Island Green and Chia Banana Boost, though Tang said all are customizable and can be boosted with vitamins, caffeine or protein. In addition to smoothies, the made-to-order food menu includes toasted sandwiches, wraps and salads.