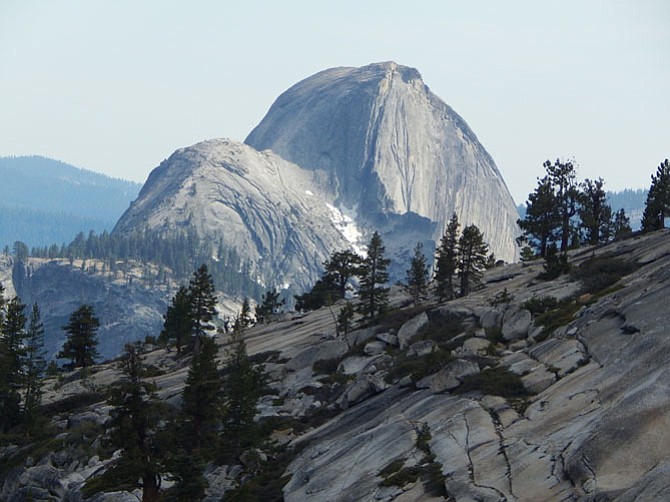 “Olmstead Point – Half Dome,” an iconic scene in Yosemite National Park, California. This photo will be on display at Katie’s Coffee through May 31, 2016 Photo by Dee Leggett

“Olympic Sunset” captures a sunset near Olympic National Park in Washington. This photo will be on display at Katie’s Coffee through May 31, 2016.

Dee and her husband Bob have been visiting our national Parks for over 40 years, enjoying, learning about, and photographing the protected natural areas as well as the historical and cultural areas. They have hiked, biked, rafted, canoed and camped. They have been in parks from above the Arctic Circle to south of Key West and from coast to coast. Dee and Bob are both members of the Advisory Board for the National Parks Conservation Association (NPCA). She is an advocate for the national parks and encourages people to go visit, especially during this centennial year.

Dee portrays the magnificent diversity of our national parks at Katie’s Coffee House at 760 Walker Road in Great Falls, from May 2–31, 2016. Dee is a member of Great Falls Studios and has been exhibiting her photography for more than 10 years. Visit DeeLeggettPhotography.vpweb.com or email her at DeeLeggett@aol.com.