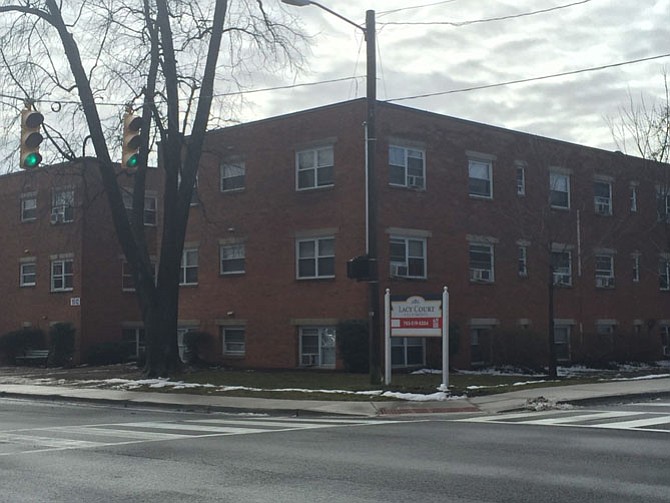 “One of our missions is to sustain affordable housing,” said the Rev. Dr. Howard-John Wesley at a meeting with the local residents on Feb. 11.”This affects people and families. It’s not something we take lightly.”

Twenty-two of the existing units adjacent to the existing Alfred Street Baptist Church will be demolished to make room for the church’s expansion. The plan is to hold vacancies as they become available in the other 55 affordable housing units, with priority given to the more senior members of the 22 affected units. For the other residents, Wesley said the church would work to find “equal or better housing as close to the local area as possible.” If residents were not satisfied with the available choice of housing, Wesley said the church would continue to work to find acceptable homes. Wesley reassured residents that nothing was happening immediately, that steps towards church expansion wouldn’t start until 2020.

“The short of it is: we’ll find a solution, and the church is committed to it.”

“We want to make good for God and our membership,” said Wesley. “We have nothing to hide.”

Church trustee Dexter Bordes said the church is partnering with the Alexandria Housing Development Corporation, a local affordable housing non-profit, to find homes. John Frederick, executive director of the AHDC, said that his organization has signed a memorandum of understanding to help the church address the affordable housing issues with their proposed expansion.

“We’re still kicking around ideas of what’s possible,” said Frederick. “We have the Gateway project on the west end of town that was approved by City Council in November. We’ll be trying to get financing and start to build this year. Lacy Court is another project we own that we will certainly have openings in over time.”

Currently, Frederick says AHDC has 184 units in the city with only one currently vacant.

“We certainly have a high demand for affordable housing,” said Frederick, “but we have time to figure out what that solution is, whether it is acquisition of some other property, like the garden style apartments in the city, or if it's a new development like Gateway. So 22 people over the next three or four years? We can certainly find places to house them … The short of it is: we’ll find a solution, and the church is committed to it.”

The Gateway project will add 74 new affordable housing units to the city. One of the other projects coming up for AHDC is the possible redevelopment of Alexandria’s Carpenter Shelter, a homeless housing shelter in the Braddock Neighborhood. The redeveloped Carpenter Shelter would add 100 units.

Some of the residents who spoke at last week’s meeting had questions about the move, though each resident also expressed appreciation for the work the church has done for residents and for handling the transition so transparently. Some asked whether the new residences would be more expensive, and Bordes acknowledged that most affordable housing in Alexandria charges 40 percent of area median income, while residents currently pay 30 percent of their total annual income. Bordes also noted that the church will continue to provide affordable housing for the other 55 units, even after the contract on the housing is set to expire in 2020.