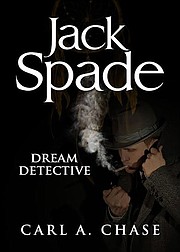 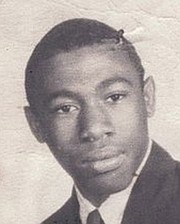 In “Jack Spade: Dream Detective,” computer programmer James Harper takes on the persona of a 1940s detective, Jack Spade, in his dreams. The story follows Spade and his partner Joe Sawyer as they try to solve a missing person’s case.

With his second novel, Alexandria resident and Vietnam veteran Carl A. Chase wanted to venture away from the sports bio theme of his first novel and do something a little different. Since he is an avid movie buff of 1940’s and 1950’s noir films, he decided to follow his passion and write a mystery /crime novel.

“The character of Jack Spade is a kinda spin-off of the Sam Spade character in ‘The Maltese Falcon’ an old movie in the 1940s,” he said.

It took him a year and half to finish “Jack Spade: Dream Detective.”

Chase begin his journey as a writer during his adolescence. The author recalled his first writing assignment. “My English teacher told the students to write a story about an object. She gave me a spoon and I wrote a mystery about a spoon. It turned out to be one of the best compositions in the class. I always wanted to be write but I never got back into it,” he said.

After retiring from the government in 2011, he decided to return to writing and complete a book that he had been working on years earlier. In November 2011, he released “Davy Jones: Heavyweight Champion of the World” about a young black man named Davy Jones who vows to become the heavyweight champion of the world despite the challenges of drugs, violence and poverty.

Currently, Chase is working on an upcoming novel called “The Heartticker Murders,” combining mystery with a little horror.

Chase is a native of Alexandria. Born in Gum Springs, he served a year in Vietnam in 1969. When he returned home, he began working for the federal government as a computer operator. After 40 years, he retired and continues to write.