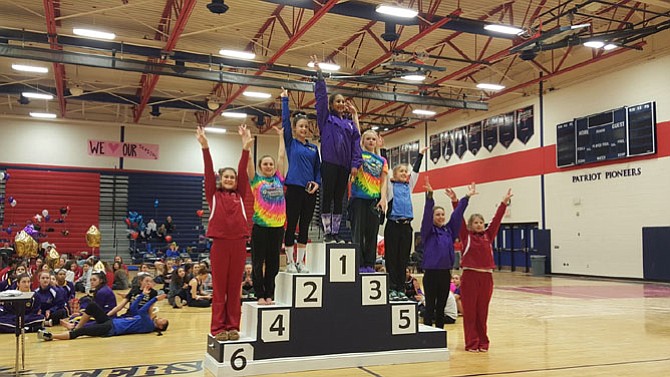 The defending champion McLean gymnastics team failed to earn a return trip to states, placing third at the 6A North region meet, but three Highlanders will compete as individuals this weekend.

Sophomore Carolyn Brown-Kaiser (vault, beam), junior Calista Pardue (floor) and sophomore Anna Brower (vault) each finished in the top eight in at least one event during regionals on Feb. 13 at Patriot High School, and will compete at the 6A individual state meet on Saturday, Feb. 20 at Kellam High School in Virginia Beach.

McLean finished third as a team with a score of 142.625. Yorktown won the region championship with a total of 146.05 and West Springfield finished runner-up (143.575). The top two teams earn a state berth.

The Highlanders finished state runner-up in 2014.

“Losing key gymnasts like my sister, Lizzy [Brown­Kaiser], and Jackie Green (to graduation) definitely played a huge role in our placement at both conferences and regionals,” Carolyn Brown­Kaiser wrote in an email. “Although I'm disappointed that the McNastics team won't be able to compete at states, I am very pleased with everyone's performance.”

Brown-Kaiser will compete in two events at states. During regionals, she placed sixth on vault with a score of 9.35 and finished eighth on beam (9.2).

“I was fairly pleased with my vault, however, I feel as if I could have performed better,” Brown-Kaiser wrote. “With beam being my weakest event, I was very nervous to compete, but I feel as if I proved to myself that I can make a routine with confidence.”

Brown-Kaiser finished ninth in the all-around with a score of 36.375.

“Because I was injured for the first half of the season, I've only been able to compete all-around about three times before regionals,” she wrote. “My all-around score at regionals was my highest it has been in my two years of high school gymnastics, and I'm extremely glad to have peaked at regionals.”

Pardue tied for sixth on floor with a score of 9.425 ­­­ the highest score of the evening by a Highlander gymnast.

“I hope to place in the top five for vault,” Brown-Kaiser wrote, “and the top eight for beam at individual states.”