Play is an exploration of pleasures, perils and consequences of sexual chemistry. 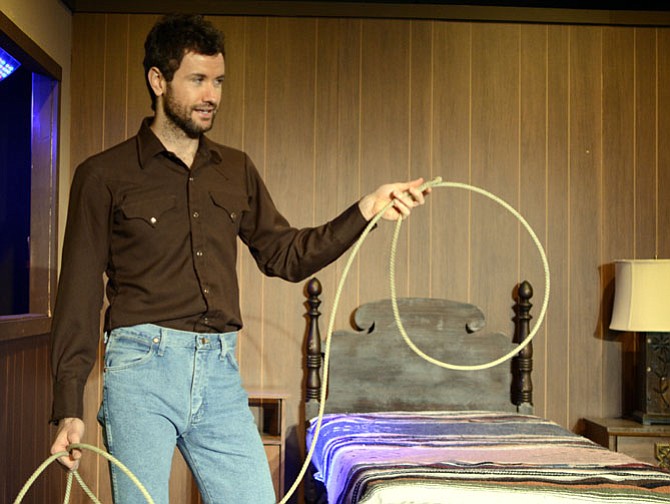 Sam Shepard's "Fool for Love" will be staged by Port City Playhouse from Feb. 26 to March 12 in Alexandria. The play follows former sweethearts Eddie and May as they meet in a shabby motel room somewhere in the desert Southwest for a volatile reunion, while a mysterious Old Man observes and comments on the action. It is a raucous exploration of the pleasures, perils and consequences of sexual chemistry. The play was a finalist for the 1984 Pulitzer Prize for Drama. 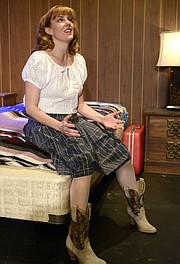 Melissa Dunlap stars as May in "Fool for Love."

Producer Mary Beth Smith-Toomey said she wanted to produce "Fool for Love" because Sam Shepard is a favorite playwright of hers. "He writes thought-provoking pieces that always get to the heart of a subject," she said. "And working with (Director) Jon Townson and this entire cast and staff has been a true privilege."

Melissa Dunlap plays the role of May, who comes from a dysfunctional family system and is trying her best not to repeat her parents' mistakes. "She is vulnerable and strong, she makes good choices and stupid mistakes, she's complex and flawed," she said.

She said even though the play is relatively short, it is jam packed with content. "No character nor any relationship is simple," she said. "It has been a challenge to find all those interesting pieces and bring them to life."

She added: "I hope the audience goes on the relentless ride with us, caught up in the action, the challenges and the questions that the characters wrestle with." After all, Sam Shepard's very first words after the title of the play are, "This play is to be performed relentlessly without a break."

Richard Fiske plays the role of the Old Man, who may or may not exist. "He sees much, remembers little and has opinions about everything. He treats both May and Eddie almost like a family," he said.

Some of the challenges in working on the piece were trying to develop a meaningful character with few words and no blocking while being on stage for the entire play, he said. "To provide hints about who the Old Man is and what the other characters mean to him (and he to them) without giving away the store."

He said he hopes the audience takes away that an internal monologue can be distracting, but it can provide insight if you listen. "The play also provides some insight, with the traditional Shepard themes, metaphors and symbols into the complexities of family relationships and how, without being careful, missteps from earlier generations can reverberate down the years." 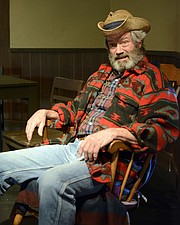 Richard Fiske stars as the Old Man in "Fool for Love."

Jeffrey Smith plays the role of Martin, the antagonist anti-anti-hero in the play. "Martin is really the only sane character on the stage and he is thrown into a very crazy and uncomfortable situation," he said. "He tries to hold his own, but Eddie (the protagonist), and in the end, Eddie and May and their situation, overwhelms his resolve. He stays to the bitter end, and is only saved from the situation because of the irrational actions of the unseen Countess. I think of Martin as a sort of naive 'man' who although doesn't intend to save the Damsel in Distress, he is thrown into that situation and he tries to do right by May."

He said one challenge was figuring out how strong Martin's personality is and how much he would actually push back on Eddie's incessant taunting. "One interpretation of Martin is that he is only a little more than a simpleton that barely picks up on Eddie's jibes," he said. "But Jon directed me toward a fuller character who has his own story and, in fact, is a match for Eddie. This adds to the three-dimensionality of the play and increases the interest."

He added: "One thing I noticed is that the title is in the singular form. There are four players on stage; shouldn't it be 'Fools for Love?' Or is just one of the characters a fool for love? To me they are all fools for love, each in his or her own way. I want the audience to be reminded that love is a powerful, complicated force in our lives that may make us act in crazy ways, and for each of us it's a very personal, individual experience — an unavoidable experience."