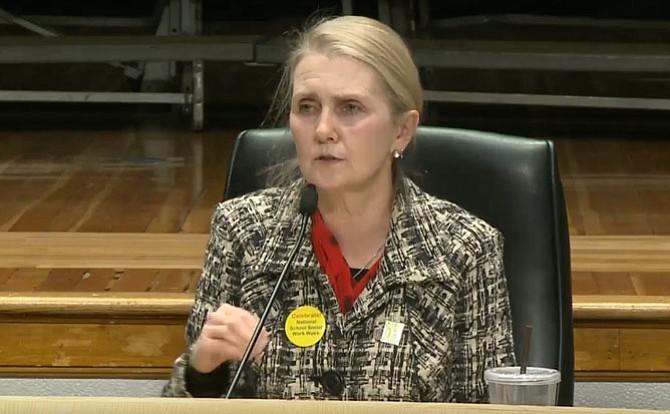 Concerns about parking and traffic, as well as new guidance from the Virginia Department of Education caused the Fairfax County School Board to reconsider closing schools for the March 1 Presidential primaries.

In October 2015, the Board decided to open schools two hours late in order to accommodate voting and still preserve a day of school.

“Best-laid plans,” Chairman Pat Hynes said at the Board’s Feb. 18 business meeting. “Here we are in February, looking at it again.”

Hynes explained as part of her motion that night to close schools that the Board has been hearing increasing concerns from the community “of the likely turnout on primary day. We see what’s happened in other parts of the country.”

Hynes said the concern isn’t so much for safety within the schools, but traffic associated with potentially greater than expected voter turnout.

According to a release from the school system, 167 school buildings are repurposed for polling, including 124 elementary schools.

In addition, Hynes said the state Department of Education has just released new guidance allowing schools to take a student holiday on March 1 and count it as hours taken from inclement weather hours.

“We don’t have to add it as a school day later in the year,” said Hynes. “That makes it easier to make this change in the calendar.”

At-large Board member Ryan McElveen asked for clarification regarding whether after-school and evening activities would be affected by the change.

School Superintendent Dr. Karen Garza confirmed that the School Age Child Care program would run as scheduled on the day, and that evening activities would continue if it was possible to accommodate them. Principals are identifying those activities and will communicate those with their school communities.

All members voted in favor of the motion, with the exception of Springfield District representative Elizabeth Schultz who abstained.