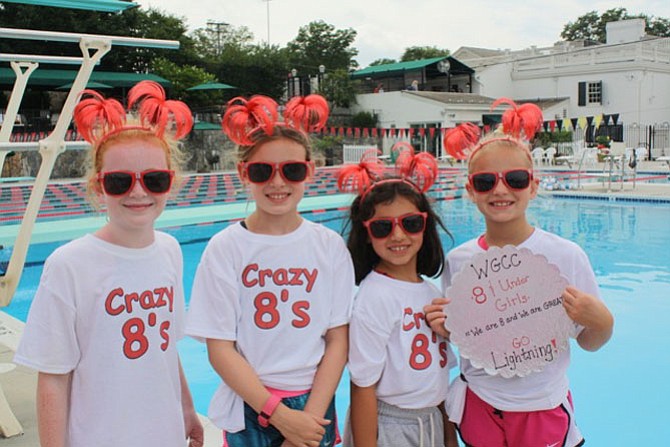 The Washington Golf and Country Club (WGCC)’s Lightning Swim Team hosted the five teams of CCSDA's Division A for the Divisional Relay competition on July 7. The Lightning have dominated this season so far and their speed and team spirit prevailed yet again, enabling them to score the most points and clinch the Divisional Relay win. WGCC won over half of the Medley Relays, won four out of 10 of the Free Relays, and broke three CCSDA Relay records.

WGCC heads into their final dual-meets this week on Tuesday at home against Kenwood Country Club and on Thursday at Edgemoor Country Club.