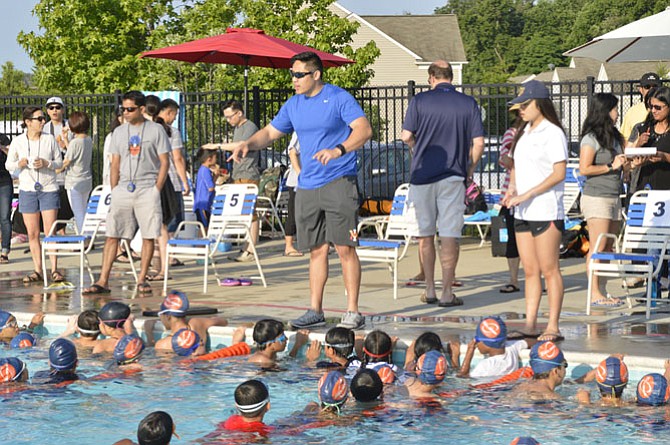 The team’s first event of the year.

”Originally I just wanted to give my neighbors every opportunity to be able to compete in their own community. Now I believe this team will continue to grow and be successful while doing just that.” 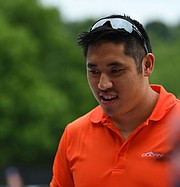 The newest swim team in the area, the Faircrest Cyclones, located between Fairfax, Chantilly, Clifton and Centreville, is gathering a large following of parents and members in their first season. The founder and creator of the swim team is Michelle Wu, who passionately wanted to benefit her community in a positive way.

“My community has been around for about 12 years and is one of the last communities in Fairfax County,” said Wu. “We knew we had an underused pool in the area and we wanted to make the best use of it to benefit the community.”

The swim team prides itself on its diversity. Wu says they have all kinds of cultural backgrounds, including Indian, Korean, Chinese, and South American on their swim team. Primarily, the ages of the youths range from 5-17 years old.

“We went through many challenges,” said Wu. “One of those challenges was handling diversity. This is a very diverse community, so getting as many people involved as we have is great.”

It wasn’t easy getting the team started. It took Wu and other team board members, Lisa Lee and Ravi Vellore, to go door to door recruiting members to come swim.

“There hasn’t been a new team in Fairfax County in 20 years or so,” said Wu. “So you can imagine the challenge it took for us to get people involved.”

The team struggled to obtain any funding from the community. There just weren’t enough people volunteering to help out with the start of this swim team.

Wu reached out to sponsors and started to gain some traction and luckily many of those sponsors agreed to help out. Now, there are more than 80 swimmers who are a part of the team, and Wu said that almost every single parent has signed up to volunteer and help at some point.

Wu was motivated to help out the community and the children in it, but once she was able to get more people to join and help out, it only added more fuel to her desire to help.

“What motivated me to form a team for the community is to offer our children an opportunity to experience what other communities have been entitled to all along,” said Wu. “Summer swim team has been a long-standing tradition for most communities in the northern Virginia area.”

The head coach of the team, John Kim, who has coached swimming for six years now, has nothing but praise for how the team was assembled.

“We’ve progressed heavily throughout this season,” said Kim. “[Wu] was so interested and motivated to start this team. In all my time spent around swimming, I’ve never seen a team rep that has ever cared for their swimmers as much as she does.”

Their mission is simple: to strengthen their community and enrich lives through healthy and active lifestyles.

The Cyclones are starting out in a lower league, but down the road into the future, anything can happen.

“In the next five years or so we could grow into a team with 200 plus swimmers and move up a league,” said Kim. “I’m excited to see how this team can grow.”

The Cyclones are part of the Herndon Swim League along with nine other community swim teams. Teams practice usually every morning and then they compete once a week, usually on Saturdays. If the competitors gain the qualifying time needed, they get invited to compete at the All-League meet which will be held on July 23 at Four Seasons at 7:30 a.m.

As hard as everyone has worked to get to this point, the local homeowners association hasn’t deemed it part of the community yet, which officially restricts the team from being recognized by the HOA.

“This is a benefit to the community and I hope this will have people realize it,” said Wu.

But that fact hasn’t stopped community members from reaching out and getting involved with it. The Faircrest Cyclones couldn’t be happier helping out the community.

“I love watching the swimmers,” said Kim. “You know getting to see them swim across the pool without help for the first time or seeing an older swimmer drop a second off their time is something special to me.”