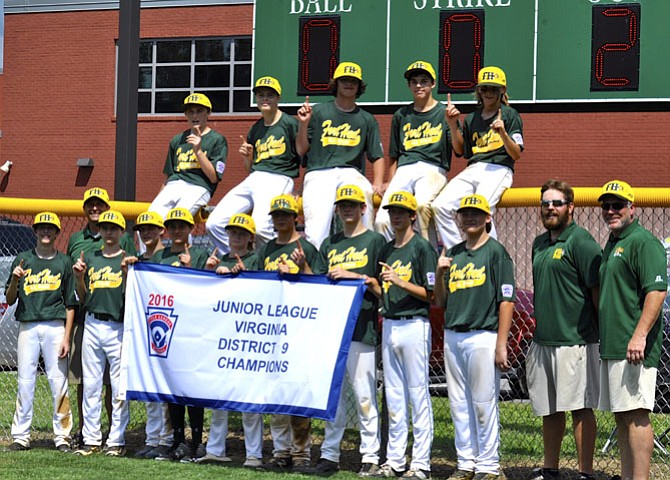 The group of 13-14-year-old athletes advanced to the state championship tournament in Pound, Va. Their first game is scheduled for Friday, July 15.

“We were successful thanks to solid contributions from every player and strong teamwork,” said Coach Tony Castrilli. “We are excited about the opportunity and are looking forward to representing our community in the state tournament.”

In final district championship game Aiden Sanderson went 2-4 with 2 runs batted in, Joey English was 4-4 with 2 RBIs and Joey Castrilli was 3-4 with one RBI.