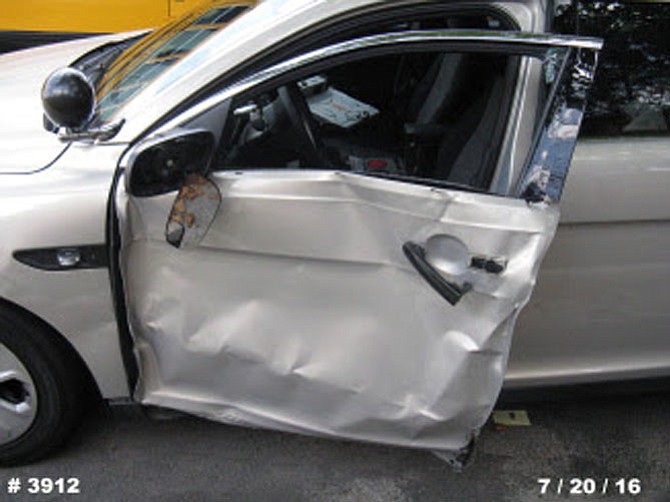 On Tuesday, July 19, shortly after 8 p.m., a police officer from the Mount Vernon District made a traffic stop on southbound Interstate 95 near the exit for Route 1. The officer activated his blue emergency lights and pulled the motorist over on the right shoulder of the highway. As the officer exited his cruiser and still had his hand on the driver’s door, a vehicle traveling southbound in the far right lane struck the driver’s door, injuring the officer. The striking vehicle stopped and the driver was eventually issued a summons for violating section § 46.2-921.1. This law requires all vehicles to either move over a lane or, when unable to change lanes safely, to slow down and cautiously pass emergency vehicles with flashing lights. The law was designed to protect police, fire and other public safety officials who frequently work on the side of the road. The officer was transported to a local hospital and treated for non-life-threatening injuries.