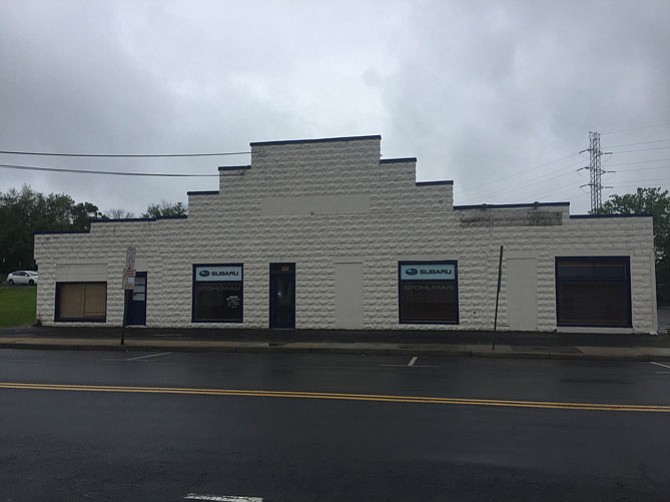 Residents are invited Give Herndon’s Town Council feedback on the redevelopment of historic downtown on Wednesday, June 8 or Tuesday, June 14, at Council Chambers. Photo by Ken Moore.

“It is often said that new residences can cost more in services than they generate in taxes,” said Neel Teague, principal with Stout and Teague. “We feel this balance of commercial and residential density will generate net positive revenue.

“The hotel will bring many visitors in the heart of downtown and support the other businesses,” he said.

“This site is truly the heart of historic Herndon and is surrounded by wonderful, wonderful assets, buildings like the one we are in today,” Comstock and Torti Gallas architects as they described walkways and plazas they want to connect people “to and through the site.”

They call the 4.675 acres in historic downtown “dynamic and key,” and “a critical piece of your downtown.”

The two potential developers presented their proposals for the redevelopment of 4.675 acres in historic downtown last Wednesday, June 8 before a full Council Chamber audience at 765 Lynn Street.

See the two proposals on the Town’s website at at www.herndon-va.gov/downtownrfp.

HERNDON’S COUNCIL voted in May 2015, to purchase 1.67 acres of land in Herndon’s historic downtown from Ashwell, LLC for $3.519 million that added to the three acres of downtown land it already owns.

“The Town of Herndon has been envisioning a comprehensive redevelopment in our downtown for decades,” said Mayor Lisa Merkel, around the time of the purchase. “We made significant strides toward that vision by adopting our Downtown Master Plan.

“Until this purchase, however, we have been limited in our ability to effectively position downtown Herndon for comprehensive redevelopment, as much of the necessary land was under private ownership,” she said.

The Council is anticipated to select the top proposal in the summer, said Dennis Holste, the Town’s economic development manager.