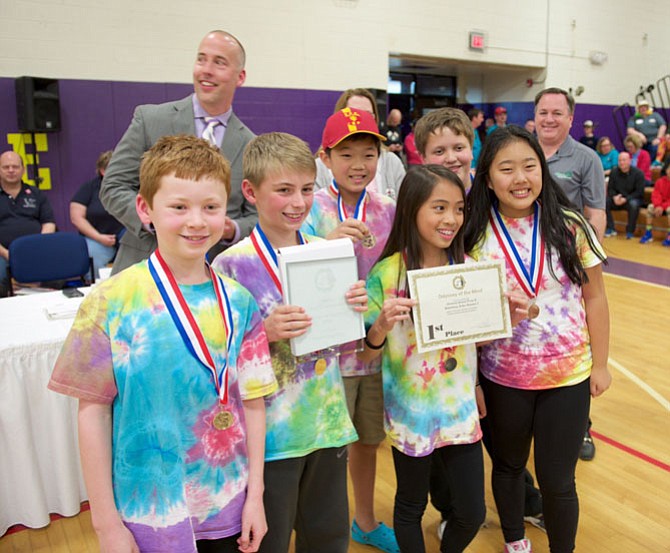 The team comprised of Ashley Nguyen, Christian Schipma, Sean Gillen, Emma Jing, Spencer Huang, and Chandler Wimmer, will advance to the World Finals in Ames, Iowa in May. The team previously placed first in the Region 12 Competition, earning them a spot at State Finals.

The problem entitled, “Something Fishy” required the team to design and operate a technical solution that simulated multiple styles of fishing. A “Fisher Character” was required to work from a designated area to "catch" three different objects outside of that area. The catches were required to be on the move and included something expected, something unexpected, and a new discovery. The performance also required a change of weather created by manipulation of set pieces, and a humorous character that portrayed a potential catch that avoids being caught by the Fisher.

The team created their devices, set, and costumes primarily from trash and recycled items that were collected from friends and neighbors. These items were repurposed into devices, backdrops, costumes, and other required items. The cost limit for items utilized in the presentation was $145.

The Nysmith School is located in Herndon, and the team members are residents of Oak Hill, Vienna, McLean, Fairfax and Oakton and Chantilly.