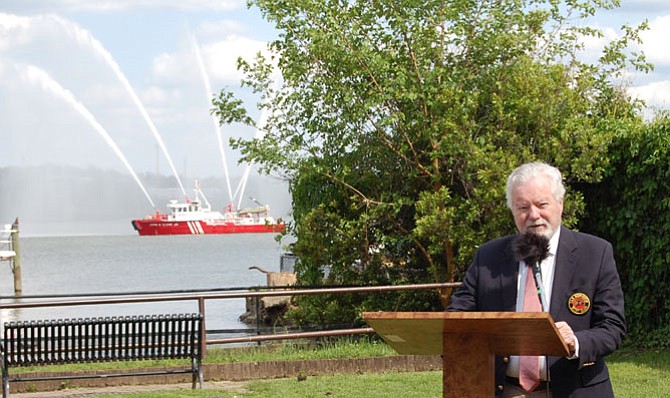 The Old Dominion Boat Club, a waterfront institution in Alexandria since 1880, celebrated the start of the boating season with its annual flag raising on Sunday, May 15. The club’s commodore, Bill Gard, presided over the celebration at the foot of the club’s mast, and members of the Alexandria Harmonizers sang the National Anthem and patriotic songs.