Public encouraged to learn about challenges faced by smokers with mental illness who want to quit. 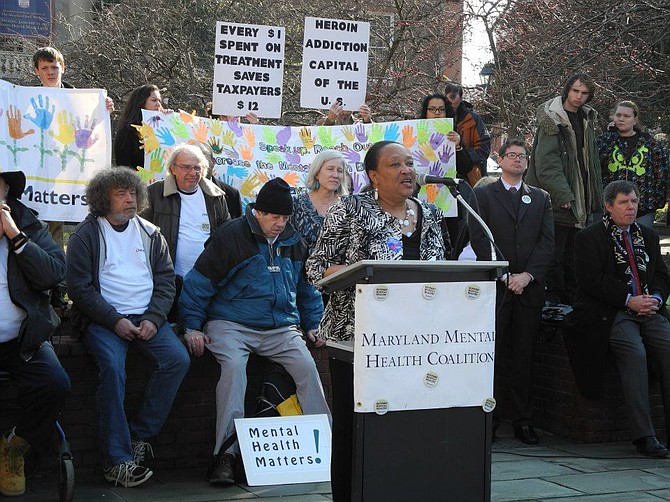 Despite her mental health challenges, Deneice Valentine quit smoking in part by learning to meditate. Photo courtesy of NAMI

“I highly recommend that you have tools in place before you quit.” — Deneice Valentine, former smoker

Cushions flew about the living room as Deneice Valentine combed the cracks of her sofa, hoping that among the crumbs and lint she would find her inhaler. Gasping for air and facing the onset of an asthma attack, she began to bargain with God.

“I was praying and saying, ‘If you help me find my inhaler, I will quit smoking,’” she said, her voice worn rough from 38 years of smoking. “Quitting was hard, but I threw away the cigarettes and I never brought another pack.”

That was four years ago and after a long-fought battle and despite multiple warnings from doctors about the hazards smoking had on her already compromised health. For Valentine, now 62, the road to cessation felt steep and fraught with barriers like her diagnosis of posttraumatic stress disorder and depression.

While the rate of smokers among the U.S. population has dropped to about 18 percent over the last 50 years, the rate of smoking among those living with serious mental illness has risen. At 53 percent, it’s higher than it was 50 years ago, according to the Centers for Disease Control. In observance of the Great American Smokeout on Nov. 17, cessation advocates are underscoring the plight of smokers with mental health challenges.

For those dealing with the manifestations of a mental illness, smoking can appear to offer relief. “The biggest thing is the self-medicating effect … nicotine helps them with the symptoms of their illness, in particular anxiety, depression and schizophrenia,” said Amy E. Coren, Ph.D., assistant professor of psychology at Northern Virginia Community College, Alexandria. “But smoking is not actually helping mental illness, it’s just a Band-Aid.”

For patients like Valentine, smoking soothed her symptoms. “Cigarettes helped calm be down,” she said. “When I was smoking, I was less anxious and my thoughts were less jumbled.”

The culture of mental health service traditionally treats cigarettes as a reward or an outlet, says Jerome Short, Ph.D., licensed clinical psychologist and associate professor of psychology at George Mason University. “In the past, psychiatric hospitals rewarded patients with cigarettes and outdoor smoke breaks for good behavior,” he said.  “Some outpatient sites still allow smoke breaks and that increases people’s cravings and smoking behavior more than if they were in a smoke-free environment.”

For the caretakers and loved ones of those with significant mental illnesses cigarettes can appear as a welcome distraction. “I have a relative who has schizophrenia and when she calls me, she asks for cigarettes and soda, the few things that she has to look forward to in her life,” said Kate Farinholt, executive director of NAMI Maryland, National Alliance on Mental Illness. “When I’m sitting on the other end of the phone having a much easier time of it, its hard for me to tell her to give up cigarettes.”

Her personal experience and conflicted feelings give Farinholt special insight into the challenges of the issue as she works to educate smokers with mental health challenges. “Quitting is especially hard for people with mental illness, but they die earlier from treatable illnesses like heart attack, stroke and cancer,” she said. “A large part of quitting is safeguarding physical health.”

While smoking cessation techniques offered to those with mental illness don't differ significantly from tactics used with their mainstream counterparts, the way in which they are administered might, says Coren. “We have to look at the mental illness and the medications that they are on first,” she said. “There might be other issues that are more important for them to address first, so you have to ask if this is this the best time to quit, and then develop a plan together to get them to quit.”

Other considerations are the limited social and financial supports of those with mental illness. “When we decide to stop smoking, we can go out to dinner with friends or buy a new dress as a distraction,” said Farinholt. “People with mental illness often don’t have those options.”

Effective cessation techniques focus on expectations of success and self-control, says Short. He advises establishing a variety of behaviors to improve daily health, such as adequate sleep, exercise, and nutrition. “Consider obstacles to success and develop problem-solving skills and backup plans,” he said. “Develop relaxation skills, such as meditation, prayer, or walking in nature areas.”

In fact, meditating allowed Valentine to experience the same calm that she once found in cigarettes. “I transposed the quiet time I got from cigarettes to mindfulness meditation,” she said. “In a peer group I learned to use the exercises to give my mind a break when it needed it.”

Mental illness affects a person’s capacity for dealing with stress, loneliness or sadness, and treatment therapies should include components that take that those factors into consideration. Learning new coping skills before quitting can make cessation less of a blow and more likely to stick. “I highly recommend that you have tools in place before you quit,” said Valentine.

One gift that supporters and loved ones can give to smokers with mental illness who are trying to quit is empathy, says Farinholt.  “Think about how hard it is for them; don’t give them statistics, tell them to stop and think that it’s over,” she said. “You have to recognize that it’s hard, people may slip, but we’ll do it step by step.”