Mental Health advocates work to tear down barriers to treatment. 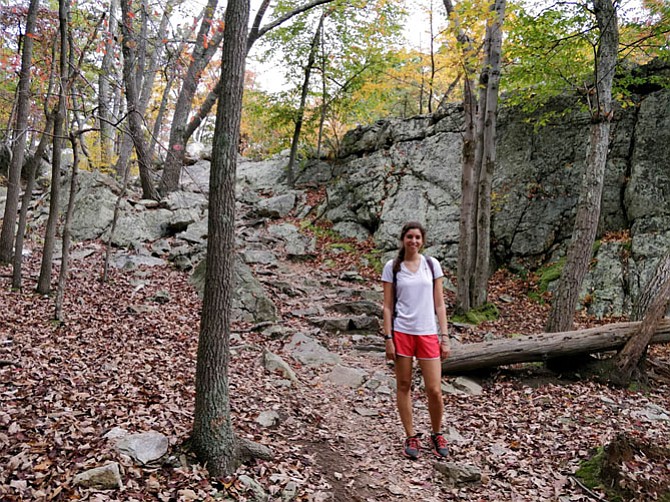 It was during college when Laura Greenstein began to notice that something was not quite right. “I noticed that things that were creating anxiety on a daily basis, they weren’t just situational,” she said. “My anxiety was grabbing onto anything that it could. If I was running late, I would start to panic. Any small thing became a big issue.”

“My mother has always been supportive, but when [my anxiety] got to a certain point some close friends and family began to stigmatize it,” said Greenstein, who now works for the National Alliance on Mental Illness (NAMI) in Arlington. “They would say, ‘You’re not doing enough.’ It was difficult to feel that I wasn’t being fully accepted.”

After months of therapy and recent session with a psychiatrist who prescribed medication, Greenstein said that she is beginning to feel some relief. She even began blogging about her experience. “This was my first time sharing my story,” she said. “It’s been a really validating process. Being open can really improve your outlook.”

During May, Mental Health Awareness Month, Greenstein and other mental health advocates are sharing the ways in which negative perceptions about mental illnesses can impact those who suffer from it. NAMI reports that approximately 1 in 5 adults and children in the United States are experiencing mental illness in a given year. Only 41 percent of those adults received mental health treatment, while slightly more than half of children aged 8-15 received those services. One of the roadblocks to treatment, say mental health professionals, is the stigma surrounding mental health.

“Micro-aggressions towards individuals with mental illness are very common, such as assuming that someone with a mental illness is inferior, stupid, or not in control of their own behaviors,” said Jessica McLaughlin, Ph.D., assistant professor of psychology at Montgomery College. “Because of our society’s misperceptions of mental illness, many individuals struggling with mental health problems feel ashamed and isolated. They may even feel like it is not appropriate to seek help. “[And] being on the receiving end of these hurtful comments and beliefs actually worsens symptoms.”

With a theme of “Cure Stigma,” NAMI activists are encouraging people to educate themselves and eradicate the stigma which can be a roadblock to those who suffer from mental illness to get the treatment they need. They were afraid of being labeled, so they suffered in silence.

This is particularly true with teenagers and preteens, advises Stacie Isenberg, Psy.D., a child psychologist who specializes in anxiety disorders. “A mental illness stigma may cause a teen or pre-teen to be hesitant to admit to her or himself that they are having a mental health problem, to share with a parent, teacher, or pediatrician about their problem, and to seek mental health treatment,” she said.

The stigma surrounding mental illness is an important issue that often goes unrecognized, says McLaughlin. “Individuals with mental illness face both overt and covert discrimination,” she said. “For example, there is an assumption that people with mental illness are violent or crazy, which is not true. However, our belief in these myths can affect someone’s ability to find employment or obtain housing.”

“Education is a powerful tool in combating mental health stigma, and community-wide, mental health awareness campaigns are helpful,” added Isenberg. “Individually, kids often search online to check out what their symptoms mean. Education from credible websites, and those of mental health organizations often provide clarity and guidance for those seeking help.”

Allowing those who might be experiencing symptoms of a mental illness to speak freely about their condition without fear of judgment can remove barriers to treatment, advises McLaughlin. “That means asking how we can help, listening with an open mind, and being nonjudgmental,” she said. Sometimes it can be a tremendous help just to let someone know that they have someone to lean on and that they are not alone.”

People can also fight the stigma of mental illness by being accepting and supportive of people who are experiencing mental health issues, and by modeling this acceptance for their children, suggests Isenberg. “Employers can encourage employees to use mental health days as needed, and to permit longer lunch hours or flexible dismissal or arrival at times to accommodate therapy appointments,” she said. “Similarly, schools can work with families to allow kids to use free periods, lunch periods, etc. to attend therapy when an after-school time is not available and the need for treatment is significant.”

A family’s attitude about the mentally ill can affect a child’s willingness to ask for help, advises Isenberg. “A child who comes from a family that does not consider mental health issues to be real or problematic may be reluctant to share with her or his parents,” she said. “Similarly, kids whose friends stigmatize mental health issues, or kids who don't talk much about personal issues with friends, are often unsure about sharing with their friends. On the contrary, kids who believe their families and friends will be sensitive and supportive to them are more likely to be open with them about any concerns they are having.”

McLaughlin says the conversation needs to happen on a national level. “One of the most important things our nation could do is make therapy services more easily accessible,” she said. “We should encourage individuals to seek treatment, not make them feel embarrassed. There is nothing more courageous than someone who is willing to advocate for their own mental health.”