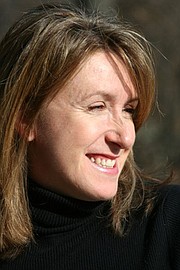 Psychologist Carolyn Lorente says the aftermath of the recent election has sparked fear in many of her clients.

“I have a private practice and everyone who has come in this past week has talked about fear.” — Carolyn Lorente, Ph.D., psychologist

On the morning after what was possibly the most adversarial election in recent history, psychologist Carolyn Lorente, Ph.D. felt an urge to send a text message to her two teenaged children. “[The election] is a reminder that we are better together and have to be vigilant at fighting fear and spreading love and truth,,” she wrote. “I'm certain that the one thing we can do to remove fear is replace it with familiarity. When you get to stand with others different than you we realize we have more in common than not.”  Lorente, who has a private practice and is a professor of psychology at Northern Virginia Community College in Alexandria, and other local therapists say that the recent election has brought a spike in clients. People throughout the area are asking for help dealing with the resulting emotional issues.

In fact, a recent American Psychological Association Survey showed that 52 percent of American adults reported that the 2016 election was a very or somewhat significant source of stress. Therapists say that much of the rhetoric during the campaign sparked a sense of fear and panic, particularly children.  “Everyone who has come in this past week has talked about fear,” said Lorente. “Children talking about fears about what is going to happen next, about what might happen to their parents.”

During the election season, many parents discussed the candidates with their children, including the differences in protections, policies, social progress and, particularly unique to this election, inappropriate behavior, said child psychologist Stacie B. Isenberg, Psy.D. “In the wake of a result unanticipated by many, children are left feeling confused and ungrounded,” she said. “When their parents themselves feel blindsided and upset, children can feel insecure, sad, and scared.”

Children are influenced significantly by their parents’ reactions to major events, advised Linda Gulyn, Ph.D., professor of psychology at Marymount University in Arlington. “Don't involve your kids in your own fears,” she said. “Keep things normal. Acknowledge the emotion, but don't dwell on it. Assure your child that you are there for them and will always care for him or her.”

Parents and caregivers can help by trying to manage their own emotions out of sight of their children, at least while their feelings are still raw.  Isenberg advises that once parents are able to do that, it is important that they have discussions with their children, at the level that makes sense for their ages.

“Younger children need to feel safe and be assured that things will be OK,” she said. “If age and understanding allow, parents can discuss governmental systems such as checks and balances, while keeping any of their own concerns about such systems to themselves.” For parents with teenagers, Isenberg says “an honest conversation about their shared concerns is appropriate, as well as an emphasis on taking one day at a time and fighting the urge to catastrophize further outcomes.”   As with any impactful and uncontrollable event, emphasizing what one does actually control is helpful. “Parents can focus on ways that children can make an extra effort to be kind and supportive to others, from offering kind words, to looking to include others in activities, to volunteering and showing community support,” said Isenberg. “It’s easy to go to the dichotomy of separation and an ‘us vs. them’ rhetoric, but in the end we’re all connected,“ said Lorente. “I think it’s important to ensure that they see goodness. Adults have to do it by modeling like standing up for others, being inclusive, if you see someone who is sad, showing empathy.”