They tell how the Lamb Center changed their lives. 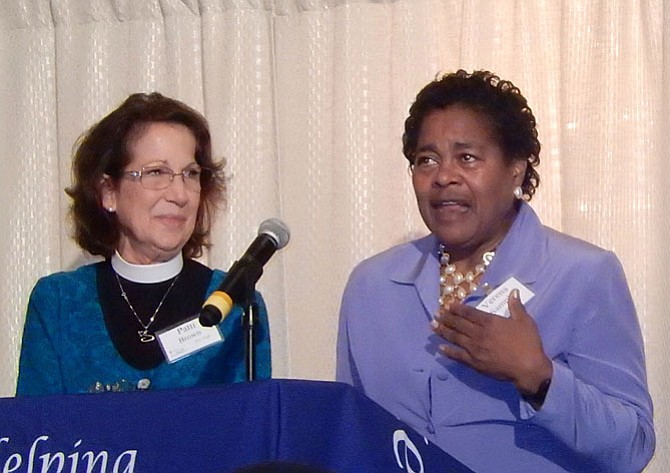 (From left) are Patti Brown and Verena Sample. Picasa 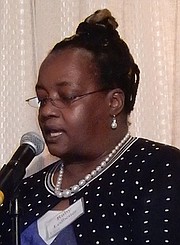 Ruby Ledbetter at the podium. 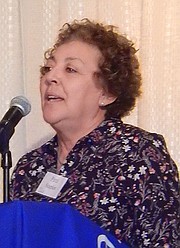 During the Lamb Center’s banquet last week, the center’s assistant director, Patti Brown, said the guests inspire her every day. Four of them then shared their stories with those attending the event.

“I came to the Lamb Center for prayer meetings, Bible study and meals,” she said. “I now work with Arlington Public Schools and help in my community. I’m a valuable member of society, and I’m here today because of your love and support.”

“We were treated as guests, with love and respect, and welcomed with open arms,” said Staples. “So we kept coming back. We were able to rent a basement apartment and went to the Lamb Center once a week. One day, I was there when a man from the 29 Diner came in looking to hire someone, and he hired me – and I’m still there, a year later.”

Then, giving a prayer, Brown said, “Bless our guests that they’ll continue to soar on wings of eagles.”