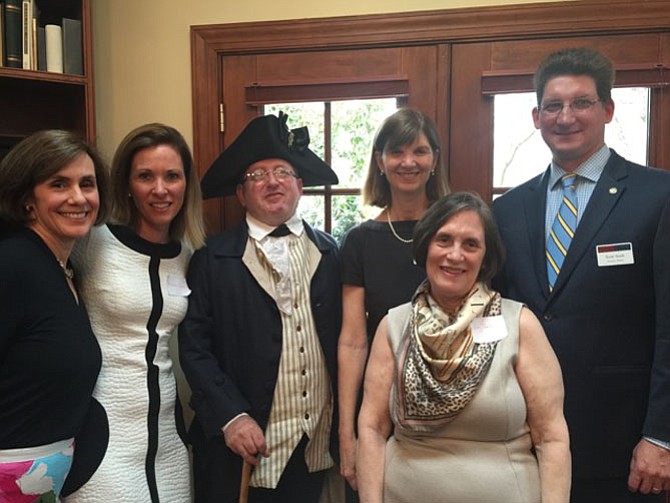 Scott Stroh, the executive director of Gunston Hall, was among the more than 60 guests at the Alexandria home of Gay and Bob Pasley April 1 to kick off a fundraising campaign for the Gunston Hall School House.

Hosted by the Alexandria Committee of the Colonial Dames, the event raised $4,000. The proceeds will go towards the refurnishing of the second floor of the school house, which is used as an educational tool for children.

Located on the banks of the Potomac River in Mason Neck, Gunston Hall is an 18th-century Georgian mansion that was the home of the United States Founding Father George Mason.

Gunston Hall is planning a redesign of the second floor of the reproduction schoolhouse to look like the tutor’s quarters. The newly refurnished space will contain more of the items a tutor likely had in his lodgings.

Children on school tours and general visitors will have the chance to learn by exploring the room in detail as well as try on clothes and pick up personal items used by a tutor in the 18th century.