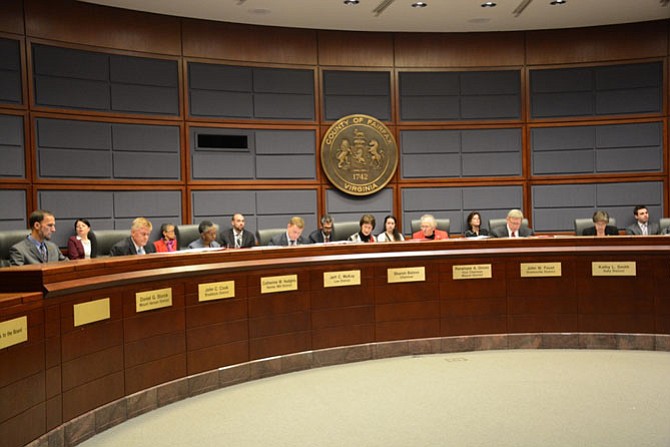 Examples of citizen complaints against police officers that could be directed to the civilian review panel:

*The use of abusive, racial, ethnic or sexual language;

*The reckless endangerment of a detainee or person in custody;

Jan. 31 was the final day for applications and nominations for Fairfax County’s first Civilian Review Panel, one of two new forms of independent oversight for the police department.

The Board of Supervisors voted to establish the nine-member panel Dec. 6 last year, after it also created an office of the independent police auditor, which will review police use of force cases and police internal investigations.

The auditor will be a full-time position working for Fairfax County, while the panelists will be volunteers, and specifically review citizen complaints against police officers of misconduct or abuse of authority. Those reviews would include accessing completed police department internal investigations of such complaints.

Between now and its Feb. 14 meeting, the Board of Supervisors will review the more than 90 applicants and nominees. Supervisor John Cook (R-Braddock) said they will discuss the applicants in closed session and potentially make the appointments then.

Once the panelists are selected, Cook said, the board will select a chair and make plans to convene the panel for the first time. They’ll begin with writing their own bylaws.

Cook said the auditor may also be hired as soon as the 14th, at least ideally.