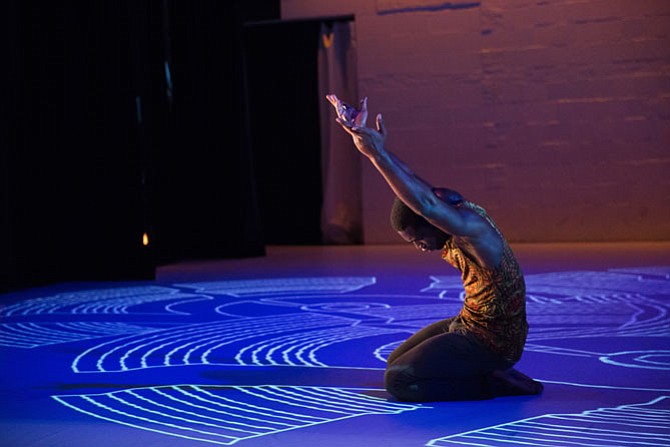 Fans of Marvin Gaye’s passionate songs and rich voice will have the opportunity to see his masterworks brought to life through dance and movement at Reston’s CenterStage.

“What’s Going On” is to be an evening length performance featuring modern, jazz and West African dance “meant to provoke thoughtfulness and spark conversations” about social change according to Paul Douglas Michnewics, director, arts and events, Reston Community Center.

“The Reston audience is very familiar with Marvin Gaye and his message resonates today,” said Michnewicz.

Whether Gaye’s plaintive yearning for love, such as “Ain’t No Mountain High Enough,” or his 1971 social justice song “What’s Going On,” with its lyric “only love can conquer hate,” his emotional music will power the choreography developed by DC area creative artists Vincent E. Thomas, Ralph Glenmore and Sylvia Soumah. For the CenterStage performance, Reston’s own Gin Dance will also be performing with its very own distinctive movement styles.

The audience can expect nine dancers and music that are “a cauldron of Modern, African, Jazz dance. There are nine performers (including myself) and we will be joined by guest dancers of Reston’s Gin Dance,” said Vincent E. Thomas.

“We decided to create an evening length work to the music of Marvin Gaye that explores the same themes as Marvin's music: love, life and social justice,” said Perlo.

For choreographer and dancer Vincent E. Thomas, “It has been really wonderful developing the project…having the music speak through the various dance styles expanded and elevated the work. There is a ton of music to choose from and I feel the playlist will give a solid glimpse of the life, love, and social consciousness of Marvin Gaye.”

This will not be “a performance where one just sits and watches…you will be mentally and physically engaged, on the edge of your seat wanting to join in on stage,” said Thomas. “I want the audience to be engaged on many levels from the start. The audience will laugh, cry, reminisce, dance, hum/sing, tap foot, snap or clap, be challenged, and empowered.”

“’What’s Going On’ is timely…it is timeless…it is now.” added Thomas.