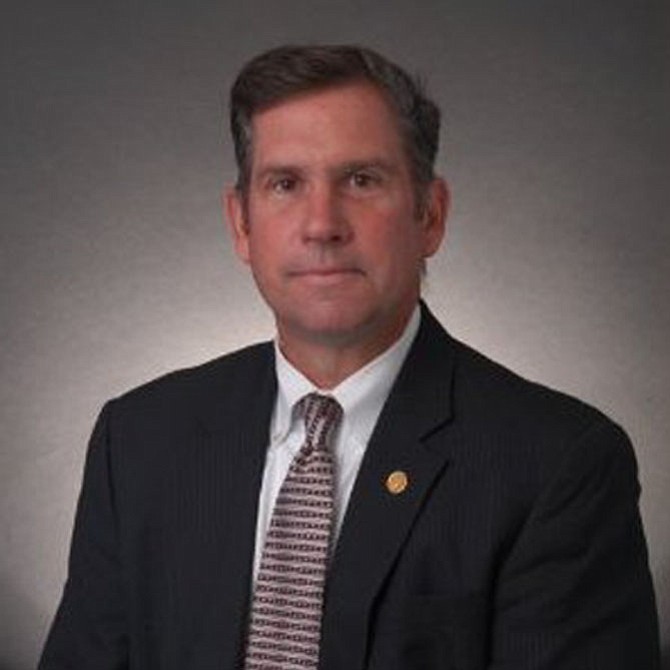 Richard G. Schott, a 27-year veteran of the FBI, was appointed by the Board of Supervisors to be Fairfax County’s first-ever independent police auditor. Photo courtesy of Fairfax County

The announcement of Schott’s hiring came at the board’s Feb. 14 meeting. As auditor, Schott will report directly to the board and have numerous oversight responsibilities. Among them, Fairfax County said:

Creation of an independent auditor was a recommendation by the Ad Hoc Police Practices Review Commission for increased oversight of Fairfax County Police.

Another was creation of a civilian review panel. The supervisors approved that body as well, set to be a nine-member group of volunteers who will review complaints of police misconduct or abuse of power.

During closed session Feb. 14, the board was scheduled to review applications and nominees for those positions. However no announcement was made following the closed-door meeting.

Board of Supervisors chairman Sharon Bulova said she was pleased to welcome Schott as the first auditor.

“In this newly established position, Mr. Schott will provide increased accountability and transparency to the Fairfax County Police Department,” Bulova said in a statement.

According to Fairfax County, Schott’s FBI career includes working as a special agent with local law enforcement and training state and local officers, “including legal issues associated with police officers’ use of force and deadly force.”

He also serves as an FBI Academy instructor at Quantico, the county said, teaching new agents about basic constitutional criminal procedure and legal consequences when they employ force.