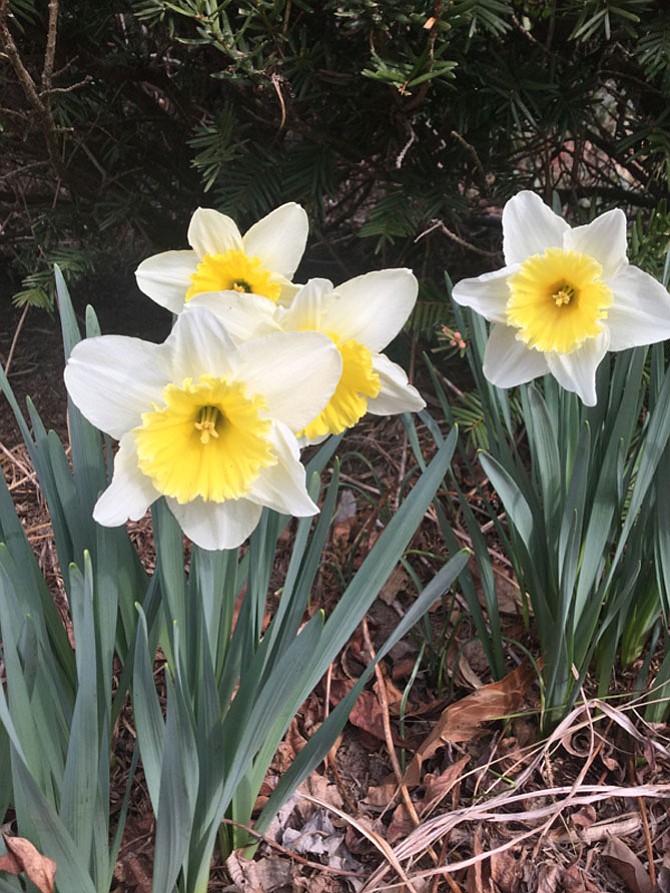 A mild winter has led to early plant blooming and an early allergy season. Photo by Marilyn Campbell. 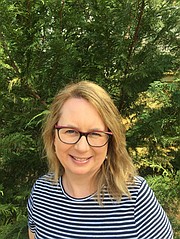 Those experiencing Itchy, watery eyes and seemingly endless sneezing know that spring allergy season is getting an early start this year thanks to this season’s mild winter weather.

“Everything is blooming early because of the warm weather,” said Dr. Barbara Mackie, M.D., allergist, of Privia Medical Group in Vienna. “People are spending more time outside because the weather is lovely, but they’re experiencing allergy symptoms.”

One of the keys to surviving allergy season is staying ahead of it. When thermometers are rising above 60 degrees for more than three consecutive days, pollen from plants begins to move through the air. The tree pollen count has reached high concentration levels in the Washington, D.C. region, according to The American Academy of Allergy, Asthma & Immunology’s National Allergy Bureau Pollen and Mold Report.

“Most of the time seasonal allergies, whether it is spring or fall, are caused by pollens that are associated with grass, trees and weeds,” said Dr. Victoria A Garrison, M.D. a Student Health Services physician and a professor in the School of Nursing at George Mason University in Fairfax, “In areas that are damp or humid, mold spores can also be a factor. When people have allergies to these substances, the immune system will react and cause symptoms like sneezing, watery, itchy eyes, runny nose, sore or itchy throat, congestion and fatigue.”

“Mild winter temperatures cause plants to pollinate early,” added Maureen Moriarty, DNP, assistant professor of Nursing at Marymount University in Arlington. “This problem may be compounded by a rainy spring season, leading to increased mold levels that can drive allergy symptoms in sufferers through fall months.”

Instead of waiting for full-blown symptoms, Mackie recommends beginning medications early. “What I usually tell patients who normally have seasonal allergies is to take their maintenance medications early so they’re covered when allergy season hits,” she said.

“Before the season starts, it is a good idea to start taking a nasal steroid. This medication takes a few weeks to gain full effect so starting before the allergens are everywhere can really help to control symptoms. Eyes can also have allergic reactions, so see a specialist to have a good eye drop for allergen control.”

For those who might be perplexed by the distinction between allergies and a common cold: “If it’s lasting more than three days with no fever, it’s probably not a cold,” said Mackie.

Some precautions that allergy sufferers can take to decrease their exposure to allergens include wearing a face mask when outside during times when the pollen count is high and resisting the urge to open car and house windows when the weather is warm, especially if the wind is blowing. “Take off your shoes when you enter your house so that allergens don’t get spread around the house,” said Grilliot. “Be aware where you place clothing that has been outside when you enter your house to prevent allergens from entering your home.”

“I advise patients to rinse their hair and take a shower to get the pollen off before going to bed at night,” added Mackie. “Otherwise you’re getting pollen on your pillowcase and sheets and breathing it in all night.”

There are certain times of day when allergy sufferers should avoid being outside. “Mid-morning, afternoon and early evening are peak times for pollen," continued Mackie. “When it’s windy, don’t go out because of the pollen.”

Pets can spread pollen as well. “Dogs get spring fever too and want to be outside, but they can bring pollen into the house,” said Mackie. “Wipe off their coats and paws when they come inside.”