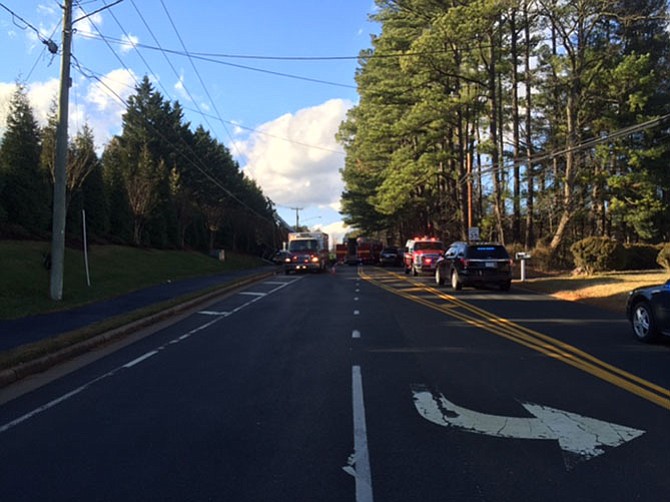 Police were called to the intersection of Lewinsville Road and Lancia Drive when a car struck a utility pole with live electricity wires.

McLean — Chad Cheatham, 33 of McLean, died in a single-car collision on Thursday, Dec. 29.

His car, a 2003 Mazda 6, was traveling westbound on Lewinsville Road in McLean when it hit a utility pole head-on, according to the Fairfax County Police Department. He was pronounced dead at the scene around 1:30 p.m.

Live electricity wires wrapped around Cheatham’s car, which caused a shutdown of the intersection of Lewinsville Road and Lancia Drive for a few hours.

The FCPD identified speed as a contributing factor to the fatal crash, but has yet to determine if any other circumstances contributed to the crash during its ongoing investigation.