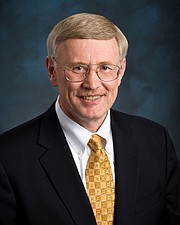 Supervisor John W. Foust (D- Dranesville) expressed concern about the capacity impact upon local high schools surrounding Tysons since the Tysons Comprehensive Plan does not include high schools or middle school to be built in Tysons – only elementary schools. 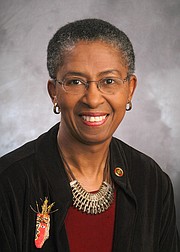 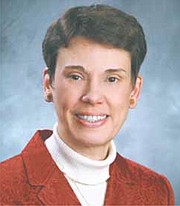 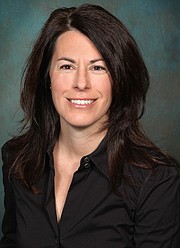 Vienna Mayor Laurie Di Rocco questioned whether there is a need now to identify where athletic fields in Tysons will be sited. "Is this an opportunity that will go away?" she asked. 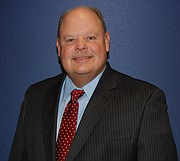 Upon reviewing police needs in Tysons, Fairfax County Executive, Edward L. Long, Jr. supported the view that a satellite police station would be more appropriate than a larger full-size station.

The Fairfax County Board of Supervisors Interjurisdictional Committee – Vienna and the Town Council of Vienna met Wednesday, June 14, at Council Chambers in Vienna. They were there to discuss town and district projects of mutual interests that might impact the infrastructure and public facilities that serve Town of Vienna residents. Three Fairfax County Districts – Hunter Mill, Dranesville, and Providence – overlay sections of the Town of Vienna.

Results from the town's branding exercises will be unveiled in October. The Town's Communication and Marketing Department has been working on defining the town's brand and creating a logo to tell Vienna's story.

Bulova said the much-anticipated Silver Line to Dulles Airport is on schedule, “Smooth sailing with the end in 2019 and open for services in 2020," she said.

AN EXTENDED DISCUSSION ensued regarding Tysons athletic fields. Smyth cited the need to consolidate monies from various sources to fund the fields.

DiRocco expressed concern that there may be a need now to identify where the Tysons athletic fields would go. "Is this an opportunity that will go away?" she asked.

Bulova responded that in the Vision and Comprehensive Plan for Tysons, "The understanding [was] that athletic fields would be included … areas were identified where athletic fields could be constructed as part of the development, same as other infrastructure." She added, "If we are building athletic fields, we don't want to have Tysons become developed and then to create a burden on the surrounding communities. Developers are required to try to meet the needs of the existing and future residential community by providing facilities in Tysons."

Hudgins proposed innovative thinking on how to create playing fields. "Rooftops are very good, and they work," she said.

Smyth stressed the need to consolidate properties. Foust stated that although Tysons’ population showed a need for 60 fields based on population projections, the amended Tysons Comprehensive Plan states 20 fields. “We need a plan for the 20 fields in Tyson — at that level. If we wait, it won’t happen," he said. “We cannot serve Tysons out of McLean." Smyth cited examples in her district where multiple properties were consolidated, and various sources of revenue funded the project.

According to the Virginia Department of Transportation Office of Public-Private Partnerships, the I-66 Widening Project, Transform 66-Outside the Beltway (495 to Haymarket) will "transform Northern Virginia’s Interstate 66 into a multimodal corridor that moves more people, provides reliable trips and offers new travel options."

In regards to the I-66 Widening Project, Smyth reported that after the Public Information Meeting (Monday, June 12 in Oakton), when strong public opposition to a portion of the project was heard, they did release the announcement that multi-axle vehicles, such as 18-wheelers and tankers will not be permitted the use of the access points and ramps.

Long reported the Patrick Henry Library Renovation Project is scheduled for the bond to be renewed in 2026. The library currently has 65 parking spaces, and the town has a shortage of 350 spaces. Patrick Henry is a high-use community library he reported, and they could use a few more spaces. Long said, "It might be wise to put a structured parking facility there. We know that it's about $16,000 space, so it's how much can we afford to get there when we get there." Long said the schedule could be moved up as there is a library referendum in 2022, and if they could put together a partnership sooner, that might work too.

THE FIRST TWO ITEMS on Capital Improvement Plans focused on two elementary schools, Louise Archer and Vienna. DiRocco reported the renovation planning for Louise Archer is scheduled to begin 2021. "We want to be sure the history of that school is maintained with honor." As for Vienna Elementary School, DiRocco reported the school had reached capacity. “They have exceeded what they have on that site." She added Madison High School is also over capacity, at 2,000 students. At a recent Board of Education Meeting, it was said they'd rather renovate high schools around Tysons than build new ones. The Tysons Comprehensive Plan only includes elementary schools.

Foust reiterated that the Tysons Comprehensive Plan stated elementary school aged children from Tysons would not be going to the schools in surrounding areas. "They would extend Marshall High School, but that's not going to come close to serving Tysons, in my opinion. There's a big issue in Tysons, and the schools don't want to face up to it." Bulova brought the question of demographics trends and requested consideration based on such for future school construction plans.

Final topics discussed involved Tysons projects to be determined. Long said due to the need for police presence, a satellite station is being considered. Bulova said that a possible Tysons conference center, more like a facility is being considered. "Not a convention center, but something smaller that could attract organizations coming into the area," she said. "It's a wonderful opportunity to help provide an industry sector in Tysons....They eat here; they spend money here, they buy stuff here. Then they go home, and we don't have to educate their children. It's a win-win." When asked where it would go, she said there are a lot of older buildings, a lot of pavement, so there is an opportunity for a redevelopment for something like a conference center.

She added that it might be a public-private partnership with Visit Fairfax as they get their revenue from the transient occupancy tax, the hotel tax. Bulova said that the goal of Visit Fairfax is to attract visitors to Fairfax County. "This is something that would benefit all of us."