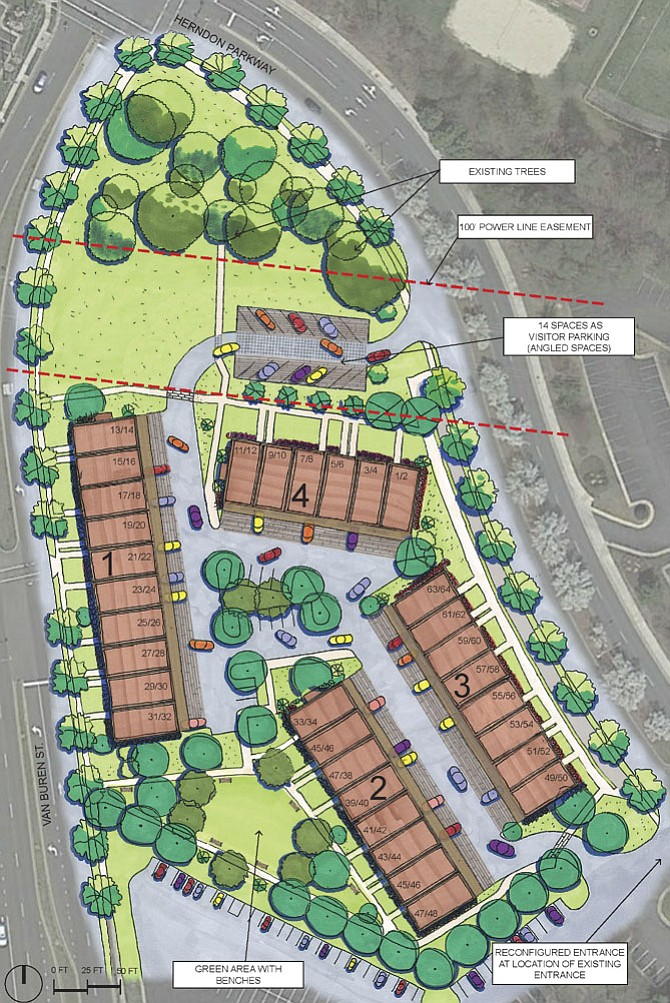 Stanley Martin Homes’s final rendering eliminated the number of materials and colors the development initially had to make the buildings look more consistent, as instructed by the Town of Herndon Architectural Review Board. Photo courtesy of Stanley Martin Homes

The Town of Herndon Architectural Review Board (ARB) approved the development at its public hearing on Monday, Feb. 27, which was months in the making.

Stanley Martin Homes applied to build its project with the town’s ARB back in October 2016, but was met with criticisms of its initial design in painstaking detail. This included back-and-forth negotiations on changes to the development’s coloring, use of materials and treatments.

The added scrutiny of the development is because the condominiums are the first redevelopment requested for the Herndon Transit-Oriented Core. This area is roughly 38 acres of land immediately north of the new metrorail station that is being constructed in Herndon on the Silver Line.

These expectations are expressed in design guidelines for the HTOC’s public spaces, buildings and private access ways that the city council approved in 2012.

The town’s “Transit-Oriented Core Plan” study for the area encourages property owners to incorporate higher-density housing to support transit use. It also requires these developments to use “high quality” and “durable” materials.

This guidance prompted the board to reject the applicant’s use of asphalt shingles and varying colors between buildings.

“It’s the first application we’ve had in the metro area in that zoning district in that proximity to the metro, so the ARB wants to get it right,” says Lisa Gilleran, the town of Herndon’s director of community development.

The proposal will now need to be approved by the town’s Planning Commission.