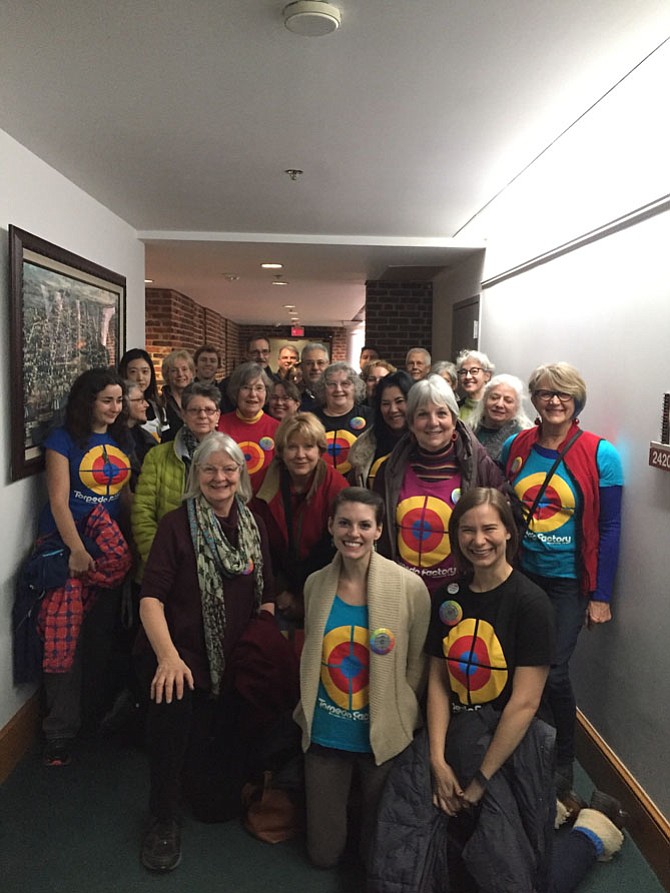 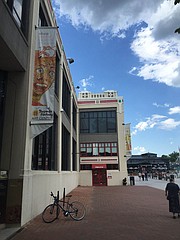 The Torpedo Factory on the Alexandria Waterfront

“The Torpedo Factory Art Center offers the City of Alexandria a unique and well-recognized destination-visitor attraction,” the study concludes. “It is ingrained in the city’s tourist brand. The research findings presented here should help to provide direction for the city and business leadership to better realize the potentials of its unique tourist industry assets.”

“Clearly, as found in previous research, the Torpedo Factory figures large in visitor’s decisions to make Old Town and the City of Alexandria their destination for an outing,” the study concluded.

For attractions identified with Old Town, shopping was the weakest response, with only 11.8 percent.

“This percentage speaks to the changing nature of tourists,” said the study, “especially the Millennials, who prefer the social interaction of a restaurant to a shopping experience that is no longer considered recreation but rather a necessity and more easily accomplished online than in a store.”

For the TFAA, the study is a validation of the importance of the site and

“We’re happy with the findings,” said Abby McClain, director of the TFAA. “It’s really important to have that baseline.

But the study doesn't show the whole picture, nor does Fuller say it ever intended to. The study only polled visitors who were already in the Torpedo Factory, whose views on the importance of the Torpedo Factory may not be representative of the average visitor. Fuller also noted that the relatively short timespan of the study, only winter months in 2016-2017, could also have impacted the results.

“It isn’t a random sample and it wasn’t intended to be,” said Fuller. “You have to be careful in drawing conclusions from that. The purpose was to talk to people who were in the Torpedo Factory and see if that’s what they came to do. We wanted to get a sense of how many weren't from Alexandria; what’s a profile of the person visiting the Torpedo Factory. You have to take that for what it’s worth.”

The study, presented on March 2, is the latest piece of an ongoing discussion over what to do with the troubled waterfront icon.

“It only tells one piece of the story,” said Patricia Washington, president and CEO of Visit Alexandria. Washington says Visit Alexandria commissioned a study in 2014 from Destination Analysts which conducted a poll of 500 in the region who were not residents of Alexandria. Among those polled, Alexandria was primarily a destination for its restaurants, proximity to dc, transit accessibility, and its relative cleanliness and safety.

“This is so narrowly focused on the Torpedo Factory,” said Washington, criticising Fuller’s conclusions on shopping in Old Town. “The $35 million impact from visitors to Torpedo Factory lines up with what we might expect. It is a major attraction. But the Virginia Tourism Corporation found in its annual study that visitor spending in Alexandria was $771 million in 2015. That’s only 4.6 percent. The study doesn’t provide that context. [As attractions,] King Street, the Waterfront, and the Historic District in general are larger draws than the Torpedo Factory alone.”

“The study sort of talks about the Torpedo Factory as an island of a single attraction,” said Vito Fiore, director of marketing and research at Visit Alexandria, “but to be fair to all of our attractions, want to be sure that the broader information we have available is mentioned.”

The TFAA has been in an ongoing struggle for leadership of the arts center and says the city leadership over the last few months has been lacking.

“The city is overwhelmed with managing this,” said McClain. “With a new bureaucracy comes the fun of red tape. Any art space in the hallway requires a permit first and the gift shop hasn’t made sales in months. The Mobile Art Lab is in Studio 8, but it’s only been open for two days. It’s been frustrating. Artists are now treated as untrusted tenants.”

For McClain, the ultimate goal is returning the Torpedo Factory to management by the artists. Under the TFAA, McClain said the Torpedo Factory was run more like a co-op. Looking back, she said it was clear the Torpedo Factory needed a more professional management structure, but she doesn’t believe the city can provide that. McClain pointed to the difficulties artists have had putting their art on display in hallways and a turbulent process of turning over cleaning crews to being city-managed.

Many artists in the Torpedo Factory share McClain’s views, but it is far from unanimous.

“In my book, it’s been going OK,” said Marcos Teixeira, a jeweler on the second floor of the building. “I know the TFAA wants control but, but I think any judgement of the city is hasty. It’s only been six months. I haven’t had any issues.”

“Management under the city has been an improvement,” said Rosemary Feit Covey, an artist at the Torpedo Factory and formerly a member of the Torpedo Factory Art Center Board, the organization that managed the Torpedo Factory before the city takeover. “Personally, I’m grateful and I think the city understands our value. This has been a positive transition. They’ve been supportive for me as an artist. I’ve been able to do projects overseas, that’s been a big change.”

For most, very little seems to have changed over the last few months.

“I haven’t seen much difference,” said Susan Makara. “It’s been pretty consistent. I have not seen a problem, things have been going pretty good. Sales are fine. I don’t see what the problem is.”

“There’s a lot of sides to this,” said Jennifer Brewer Stone. “We want good management, and I think there’s good happening right now. I like being here. I’m comfortable in my space and I don’t anticipate that much from the city or the TFAA will infringe on that. We have a lot of opportunity for growth.”

Stone said there have been a few issues since the city took over management, namely the firing of longtime cleaning staff, but mostly Stone says Diane Ruggiero, deputy director for the Office of the Arts, has done an admirable job in overwhelming circumstances.

“The overall goal is finding a means of working together,” said Karen Fitzgerald, “We want to continue to have a voice and want the TFAA to continue running the space. They’ve been the ones bringing in revenue and taking care of events. They have the artists in mind.”

For Fitzgerald, the uncertainty of the Torpedo Factory’s future is what’s most worrying.

“I think everyone is a little scared of change,” said Fitzgerald. “Artists here are on edge to see where we land, but I’m optimistic we’ll find a solution that fits everybody.”

Wherever they fell on the politics of Torpedo Factory management, many of the artists shared Fitzgerald’s anxiety about the future.

“I would love to see the artists get back control,” said Laurie Fields. “I hate this feeling of being in limbo.”