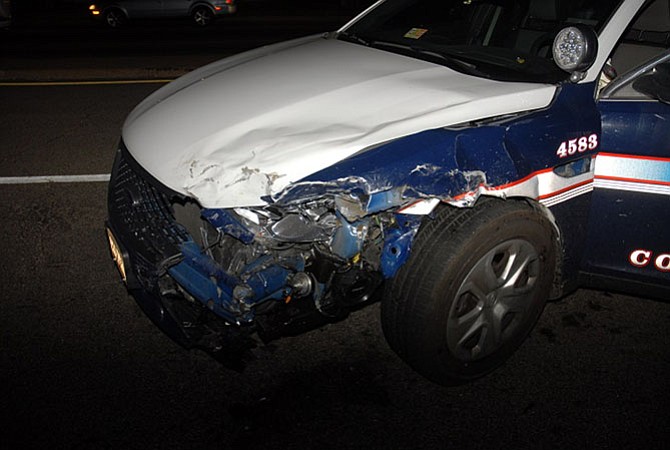 On Saturday, March 4, around 8:20 in the evening, an officer was driving his marked 2009 Ford Taurus northbound on Richmond Highway near Arlington Drive. At the same time, a 2013 Hyundai Sonata, traveling south on Richmond Highway, approaching Arlington Drive, turned in front of the cruiser. The cars collided in the intersection. Fortunately, the officer was not injured and immediately checked on the other driver. Other officers arrived and saw the driver of the Sonata walking around the car; he appeared to be unsteady on his feet. They smelled an odor of alcohol and conducted field sobriety tests. The driver, a 31-year-old man from Alexandria, was taken into custody and charged with DWI, refusal, possession of marijuana and failing to yield the right of way.