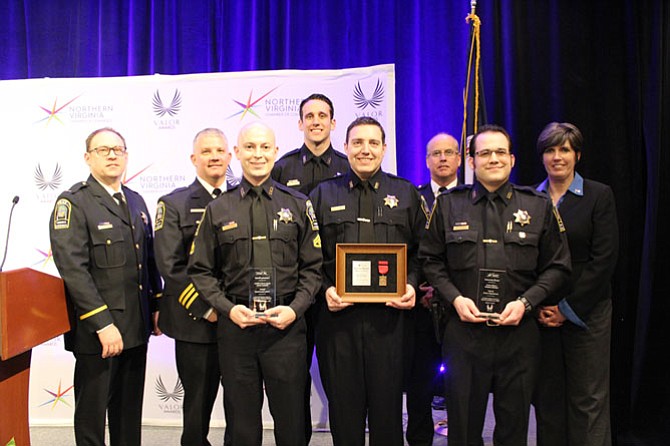 Reeves, Lyons and Hylinski received a Lifesaving Award for their actions when called to the scene of a suicidal person in July 2016.

Shaw and Slebonick were awarded a Bronze Medal of Valor for their actions in disarming a suicidal subject who was in the process of cutting herself with a knife in January 2016.