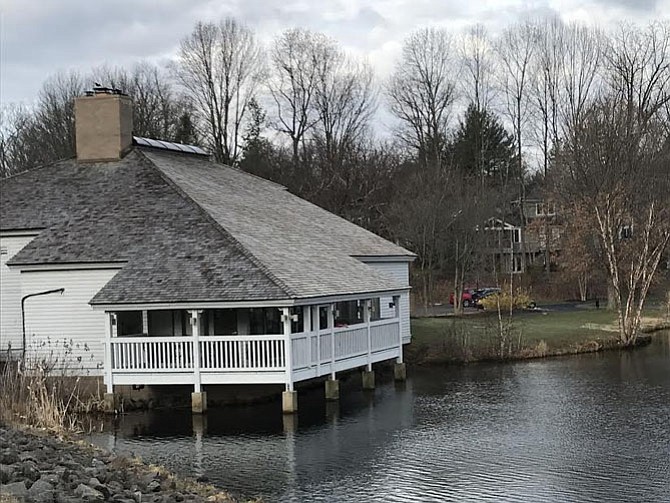 A review of the processes and internal controls that were followed by Reston Association related to the purchase and renovation of the Tetra/Lake House at 11450 Baron Cameron Avenue, Reston, prompted two recent board-approved actions for tighter internal controls. Photo by Mercia Hobson.

At the March 23, 2018 meeting of the Reston Association (RA) Board of Directors, the board approved two actions for stronger internal controls, a new whistleblowers policy and a revised purchasing and procurement resolution. The approved actions are very similar to proposed recommendations put forth by the StoneTurn Group LLP, engaged by RA over a year ago to, as STG cited in their review, "assist in a review of the processes and internal controls that were followed by the Association related to the purchase and the renovation of the Tetra/Lake House (Tetra, the Property Acquisition) Project."

RA's newly adopted revised and expanded whistleblower policy allows employees, contractors, and vendors to report "any violation of the law or the association’s deed, bylaws and policies or improper conduct directly to the board, including using an anonymous reporting mechanism managed by an independent third-party service provider."

The revised procurement and purchasing resolution approved by the RA board requires the board "to review and approve all contracts and agreements with expenditures of over $24,999.” RA Board Treasurer, Sridhar Ganesan, said, "RA typically enters into between 25 and 30 contracts or master service agreements with a total value of over $24,999 in a year.”

RA REPORTED that the CFO and CEO remain the final approvers for procurements below the $24,999 level once the board has approved the budget for such expenditure. Previously, according to the StoneTurn Group report, once the board approved a project's budget, the information on "bidding, procurement as well as the contract documents were not required to be provided."

RA Board President Sherri Hebert said, "The new whistleblower policy supports the procurement and purchasing resolution as well as policies and procedures that have been established to strengthen RA’s operations.”

The StoneTurn Group, LLP review was related to the $2.65 million purchase of the Tetra/Lake House building and its 3.47-acre property located at 11450 Baron Cameron Avenue, Reston, its interior and exterior renovations, rental and programming plan, and developer contributions. StoneTurn Group also reviewed multiple uses of executive sessions during the purchase and renovation period, processes for capital expenditures and the voting and referendum processes pertinent to the Tetra property.

Looking at the StoneTurn Group review for possible enhancements to the RA board, the group found that there were "no written internal control policies and corresponding processes for the Association staff to rely upon as they went through the transaction."

The report cited, "The internal control processes, including those for Conflict of Interest tracking, procurement, and invoice payment, among others, are not sufficiently robust to ensure compliance with the Association policies and our analysis has found multiple instances of required documentation not being maintained."

The report added: "The internal control processes of the Association are not sufficient to account for funds when they are contracted or encumbered, but instead track expenditures only as they are paid..."

The board actions for tighter internal controls came on the heels of last month's announcement that its CEO, Catherine (Cate) Fulkerson would not be continuing with the Association past the end of her current employment agreement but instead would be moved into a "special adviser role for the association as of March 1, 2018." Fulkerson ’s employment contract is due to expire on Oct. 31, 2018. The day after the announcement, the board selected its CFO, Robert Wood to serve as acting CEO.

The StoneTurn Group review mentioned the CEO at length and her involvement as seen through their eyes. They stated in the 2017 report: "We note that the CEO of the Association has regularly acted throughout the process to improve the policies and processes as either ambiguities were found or it was evident that the processes required improvements...as deficiencies in the internal renovation estimation process were encountered, the CEO decided to forego her bonus and salary increase as well as those of another staff member directly involved in the internal renovation estimation process. Any control environment encounters weaknesses and deficiencies from time to time; the processes by which these are identified addressed and remediated, including an appropriate ‘tone at the top’ that proactively implements corrective actions, is important."

IN THE REPORT, The StoneTurn Group found multiple other areas besides the new whistleblower's policy and revised purchasing and procurement resolution that could be improved to preclude a recurrence of the budget overruns experienced on the Tetra renovations. The group shared the observations they believed would facilitate an increase in transparency.

The StoneTurn report cited fifteen recommendations. Among those remaining and not yet implemented by board actions are: the creation and implementation of a comprehensive Code of Conduct for both the Association Board of Directors and staff; consideration of adopting a policy that would provide greater transparency to the considerations undertaken in Executive Session; preparation of a long-term Capital Improvement Plan and updating it on an annual basis; the establishment of a process to ensure that purchase orders and contracts could not be issued without encumbering the funds and ensuring that approved budgeted amounts are sufficient.