Commentary: Gains from the Global Economy 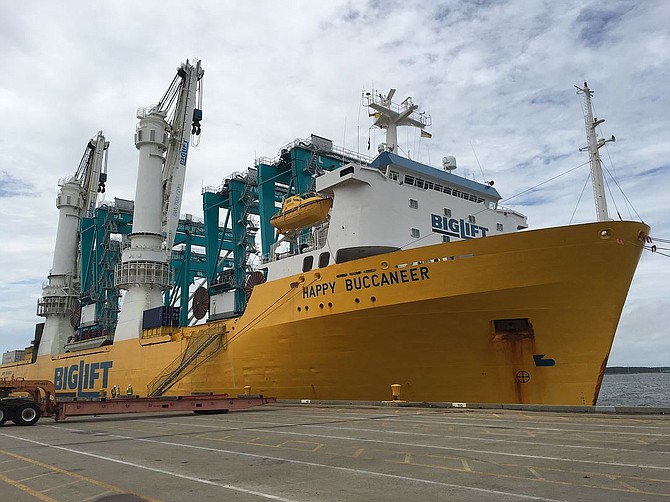 The Norfolk International Terminal at the Port of Virginia.

Late last month, as a member of the House Appropriations Committee in the General Assembly, I came across an interesting email highlighting the work of the new optimization project at Norfolk International Terminal at the Port of Virginia. The Port is critical to the success of our Virginia economy as it acts as a gateway for commerce at the national and international level. Today, I quickly want to walk you through new technological advancements being made at the Port of Virginia as well as highlighting its overall contribution to our economy.

The Norfolk International Terminal recently received six new Rail Mounted Gantry Cranes (RMGs) which will allow for the operation of the first three semi-automated container stacks on the southern peninsula. The Port of Virginia purchased 86 cranes to be delivered through the next year and half, the largest RMG purchase in industry history, which is a big deal. Semi-automated container stacks are critical to the future of efficiency and safety at ports. Under traditional stacking terminals, cargo containers need 8 feet of separation while semi-automated terminals will need only 18 inches. This closer stacking allows semi-automated terminals to stack five cargo containers as compared to three for traditional terminals. Additionally, cargo containers can now be stacked almost twice as high as they were in 2008 — only 10 years ago. According to the Port, every 1,000 increase in container traffic creates 300 jobs that pay an average of $46,000 a year. Furthermore, the higher the throughput of product, the more infrastructure, provisions and associated services will be needed which will mean even more jobs to the local economies of the areas they inhabit. Simply put, more cargo containers equals more jobs for Virginians due to the increase of goods flowing in and out of the Commonwealth which help promote strong economic activity.

As we move towards a globalized world, it is vital that we find ways to innovate and ensure that Virginia remains prosperous. The technological advantages the RMGs and semi-automated container stacks provide to the Port of Virginia are key to that future. To learn more about the Port of Virginia and any new projects please visit: portofvirginia.com.