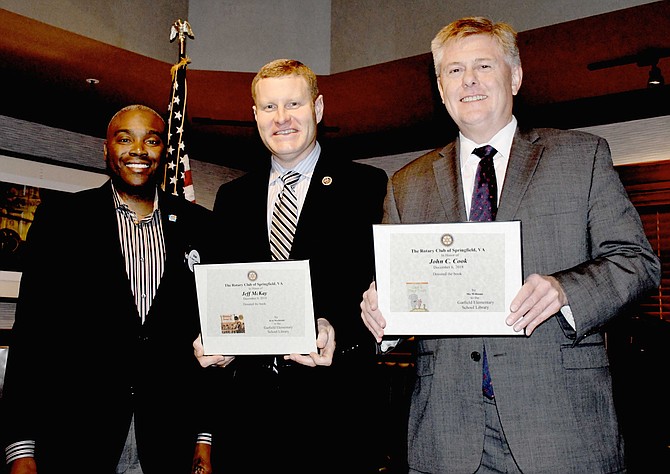 After their presentation on local and state issues, E. Sean Lanier, President of the Rotary Club of Springfield, gave Supervisors Jeff McKay (D-Lee District) and John C. Cook (R-Braddock District) book certificates designating books in their names to the Garfield Elementary School Library. During the meeting, when questioned about the subject, McKay confirmed that Sharon Bulova, current Chairman of the Fairfax County Board of Supervisors, announced that she is retiring and then he announced that he will run for the position.