Campaign for Lake Accotink Goes On

Full house at Lake Braddock debates six options to save the lake. 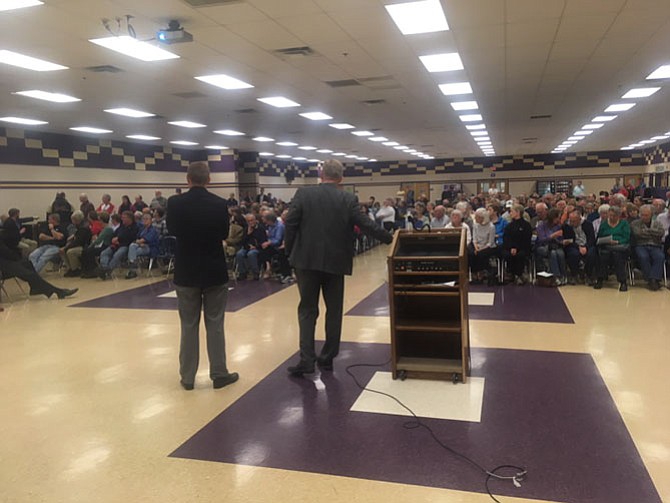 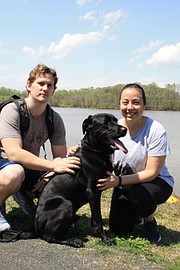 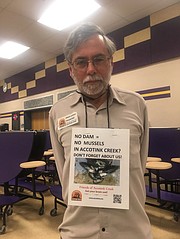 Even the freshwater mussels had supporters, such as Philip Latasa.

The sediments filling up Lake Accotink have been a focus of local officials before, so as development and natural erosion occur upstream and the lake depth decreases, options are being laid out on what to do with this local outdoors recreation spot.

Supervisors John Cook (R-Braddock) and Jeff McKay (D-Lee) held a public meeting on April 30 to discuss six plans for the lake, and the auditorium at Lake Braddock Secondary School was packed with nearly 300 people.

The options were prepared by the Fairfax County Park Authority, Department of Public Works and Environmental Services, and a restoration science consultant.

“Whatever we’re going to do, we need to be thinking of a permanent fix,” said Cook. But a couple of the options, mainly option A and partially E and F, rely heavily on nature taking its course. It turns out though, the consequences of the sediments flowing down Accotink Creek and settling elsewhere will be costly too.

“All that sediment has to go somewhere,” said Allan Robertson who is president of SaveLakeAccotink.org where volunteers can sign up to “spread the word about the danger to Lake Accotink,” as stated on the website. Robertson sported a custom tee-shirt bearing that sentiment, and there are popsicle signs around Springfield with the same message. Robertson is for option C, which follows the theme of dredge it now and dredge it deep. A $45 million price tag comes with that option too.

Plan A would let nature take its course, and Hooper said the lake would lose its recreational value in 2025. That recreational value was the boating and fishing, but not the bike trails, bird watching or hiking that would come with an environment like that.

Option B was dredging some and redredging; C was a full dredge; D involved “beaver dams,” upstream to catch the sediments; E was a dam reduction; and F was a modified dam with a side lake half the size. “Similar to the size of Lake Fairfax,” Hooper said.

With each dredging option, there was the location of “forebays,” to consider, which are places to dump the sediments after the water is removed, and the suggestions were all over the place. Open spaces beneath the power lines near Braddock Road and Wakefield Park were mentioned.

When it came time for comments from the audience, the line to the microphone was 20 people long. A resident of Kings Park wanted to save it, whatever the cost. “I can’t believe one of the richest counties in the country would let our lake go,” he said. Another Kings Park resident wanted the “slow dredge,” and maintain it year by year. And with pricetags in the millions, another speaker wanted to know how the rest of the Board of Supervisors felt. “Whatever financial decision we choose is going to be a board decision,” said McKay.

The comment period ends May 28, and the decision will be reached in fall 2018. “This is analysis time,” said Cook.