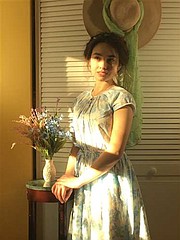 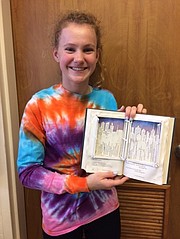 Cooper Middle School eighth graders Patty Rojas and Claire Vroom received Gold Keys in the Regional Scholastic Art Competition – Patty for her sculpture and photograph; Claire for her sculpture. Their works will be on display at Northern Virginia Community College for the county-wide Scholastic Art Show in February. Their works will then be sent to NYC to be judged nationally.

On Jan. 13, the Cooper Science Olympiad team attended the Lanier Invitationals tournament. Many other teams were there, including Longfellow and Kilmer Middle School. This was the chance for newcomers to experience what a real tournament was like. Cooper’s team received a first place medal in Disease Detectives and Meteorology, a second place medal in Write it Do it and Hovercraft, and a fifth place medal in Solar System and Optics.