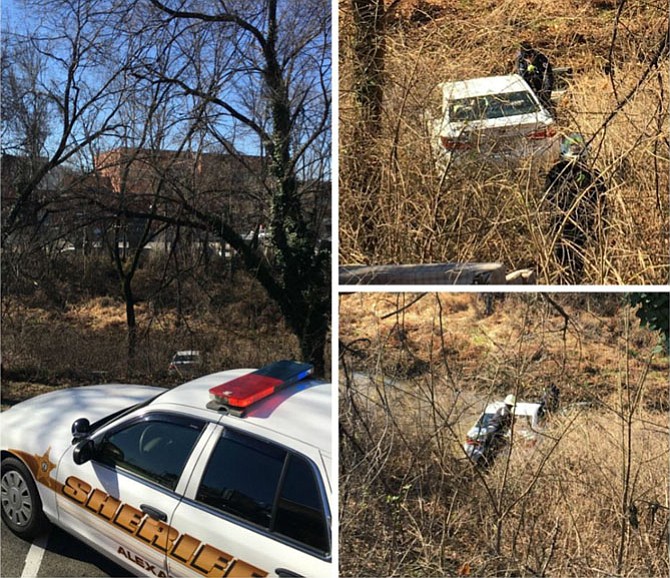 An inmate at Alexandria’s Truesdale Adult Detention Center was staring out his window at the parking lot along Eisenhower Avenue when something unusual happened. A white car in the lot suddenly slid over the embankment and down into a ravine that separates the detention center from the shopping center.

According to Alexandria Sheriff's Department Public Information Officer Amy Bertsch, the inmate immediately went to notify a deputy, who in turn went to notify others. The deputies working at the front gate were informed, as were other deputies on nearby assignments, and they rushed to the scene. They were able to reach the car and Deputy Lisa James was able to go down to help the driver exit without serious injuries.

The inmate who first spotted the car is a federal inmate and his name is being withheld.