‘This Little Church on the Corner’
Votes

‘This Little Church on the Corner’ 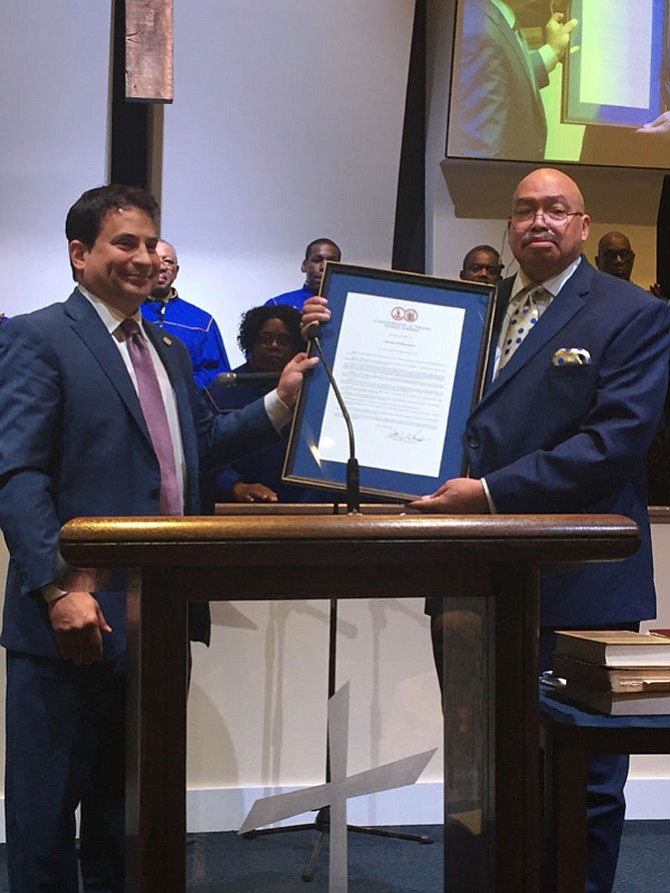 Alexandria — A little over 150 years ago, a congregation came together at the corner of Princess Street and N. Patrick Street. It was an empty lot, with members of the community standing in the grass and dirt. Many of those gathered had very little. The Civil War was still raging across the rest of the state, and among this new congregation were escaped or recently freed slaves. But they had each other, they had their freedom, and that was enough to be thankful for.

Together they built a church on the empty lot, Third Baptist Church. On Saturday, June 23, a new generation of congregants came together on the same corner to celebrate the legacy of those forebearers with the installation of an official state historical marker.

“Today is about recognizing our place here in Alexandria and the contribution Third Baptist Church has made,” said the Rev. James V. Jordan, “and to inspire future generations.” 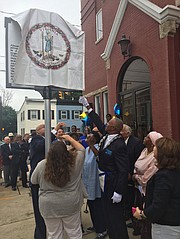 Unveiling of the Third Baptist Church marker on Saturday, June 23.

Jordan said the historical marker approval was preceded by a year and a half of research into the church’s history. During that research it was discovered that George Washington Parker, a founder of the church and educator in the community, had been Alexandria’s first African-American City Council member. Over the years, his name had been forgotten from many historical texts, but the rediscovery had been marked with an official ceremony where that historical note was restored.

“All this history was a surprise to me,” said Jordan, adding that the story about Parker was a particular shock. “I’m in favor of remembering our history. It keeps you from making the same mistakes and it directs the course of the future.”

“When I first heard [we were getting the marker], it was surreal,” said Andrena Smith, assistant treasurer at the church. “I didn’t know the history when I started attending here 16 years ago. It’s amazing to know this little church on the corner did so much for the City of Alexandria. Now I know I’m attending something special, something that contributed to the city.”

The ceremony was attended by several local dignitaries, such as former Mayor William “Bill” Euille, the city’s first African-American mayor, and Del. Mark Levine, who presented the state legislation authorizing the plaque to Jordan and the congregation. Levine and many others at the celebration credited the celebration to several historians and members of the congregation who helped with the research.

Macarthur Meyers, a member of the congregation who had also helped several other historically African-American churches in Alexandria receive their recognition from the state, was singled out as a driving force behind the plaque’s installation.

“We are standing on hallowed ground,” said Levine. “What a source you have in [Meyers]. His knowledge of this church, of this community, and this city is unparalleled.” 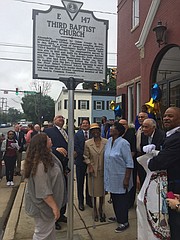 Unveiling of the Third Baptist Church marker on Saturday, June 23.

Levine also said that looking back at the church’s founding as a refuge during extremely troubled times inspired him during today’s troubles.

“With this legacy and this history, we’re really standing on their shoulders to ensure they are not a forgotten people,” said Meyers. “This is continuing an education.”

Al Cox, historic preservation manager for the City of Alexandria, said the sign’s location out on the main street should help visitors walking or driving by get a chance to read about the history of the church.

Outside, the street was closed as the entire congregation was gathered around to see the plaque unveiled. As someone walked along the sidewalk, they asked people what they missed. Meyers heard this and immediately made his way to the visitor; greeting them, pointing up to the sign, and immediately launching into a history of the church.